Renovations of schools and kindergartens in the region of Vilnius 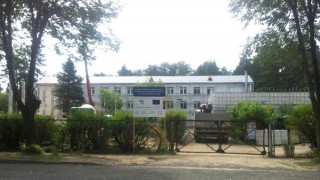 Polish school in Czarny Bor at the end of May 2014 received the confirmation of the accreditation of the curriculum of middle schooling. The new school year 2014/2015 will start already as a high school. After the holidays, students will return to a completely renovated building. The school will have a new cafeteria and a sports hall. The costs of the renovation and expansion of school in Czarny Bor amount to more than 4 million litas.

With the renovation of Ferdynand Ruszczyc Secondary School in Rudamina construction crew will not make it before September 1st , work will continue also during the course of the school year. On the modernization of the building 1.4 million litas was allocated.

In the High School in Egliszki a playing field will be built and the school grounds will be fenced. In the Lithuanian-Polish-Russian Gymnasium in Pagiriai during the holidays the spaces within the building will be renovated.

In Middle School in Ciechanowiszki – according to the plans of the Vilnius Region Government – this summer will be built a biofuel boiler. Today the building is heated by coal stoves.

Repairs are also taking place in kindergartens. Major renovation projects are implemented, among others, in Rukainiai, Medininkai and Mostiškės. At the end of June 2014 in Sudervė began construction of a new kindergarten. Efforts for a building permit of the kindergarten in this city lasted for several years. Construction will last two years, the costs amount to more than 5 million litas.

Hundreds of scholarships for Polish students from Lithuania