In the new season of Lithuanian TV – more Russian language 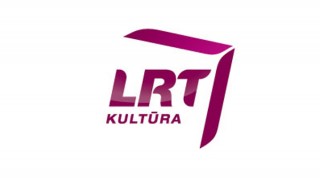 A new season of LRT culture – the second program of the Lithuanian public television, in which there is emitted, among others, a program for national minorities “The crossing of cultures”” (“Kultūrų kryžkelė”).  From Monday, October 6th  in the Lithuanian schedule of the channel “two” will be more auditions in the Russian language than it was before. The audition in Polish ” Vilnius Album ” remains unchanged: still, it will be the 15 minute program, emitted every Tuesday at 18.00 with a replay on Saturday at 9.00.

Viktoras Snarskis, the program’s director of the Lithuanian National Television, in an interview with “Wilnoteka” emphasized that the offer of the channel LRT Kultūra  is addressed to the viewers who are looking for an alternative to commercial television. Therefore, in the new  schedule are cultural, historical and educational programmes, there will be also more information, especially in the Russian language.

With the development of Russian-Ukrainian conflict and escalating propaganda in publicly available in Lithuania Russian TV channels, the authorities of the country have started talking about the need to attract a wider public of Russian speakers to public television. The counterweight to Russian television news programs will be a daily 15 minute news in Russian “Žinios. Ukraina”  (News. Ukraine). The daily news service in the Russian language will be also emitted in the program LRT. The duration of the program in Russian language “Rusu gatvė” has been extended from 15 to 25 minutes.

The programs devoted to national minorities “The crossing of cultures” will be again emitted daily from Monday to Friday at 18.00: on Mondays Russian program “Rusu gatvė” (Russian Street), on Tuesday – Polish “Album Vilnius”, on Wednesday –  Ukrainian “Trembita”, on Thursday- the Jewish “Menorah”, on Friday – Belarusian “Vilniaus sąsiuvinis” ( Vilnius Notebook). Replays – on one channel, on Saturday from 9.00 am.

This season’s news are translations of the programs into the Lithuanian language. Programs, implemented in the languages ​​of national minorities (except Jewish one) will have Lithuanian subtitles. “We want the programs which are addressed to national minorities to take an appropriate place in the public television schedule. We also want these programs to be understood by a wide range of Lithuanian audience: they cannot be the programs directed exclusively to a specific audience so the audience who is not familiar with minority languages would ​​also able to see the current issues of these communities “- said Viktoras Snarskis in an interview.

In Mejszagole was unveiled a plaque commemorating the priests, nuns and brothers

Polishness, Vilnius, citizenship – three elements of the identity of a Pole in Lithuania

The Seimas of the Republic of Lithuania on Tuesday backed a bill specifying the record of…
Other January 9, 2022

Bill on writing non-Lithuanian names is to be submitted to a debate of the parliament next…
Other December 30, 2021