The Pilgrim Route of John Paul II to be created 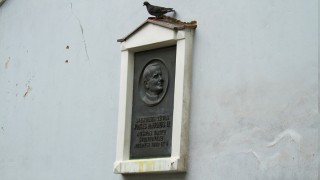 The Lithuanian government is planning to resume works on creating the Pilgrim Route of John Paul II in Lithuania. The programme for 2014-2022 approved at a cabinet meeting includes renovation of sacral monuments and public buildings visited by John Paul II during his pastoral pilgrimage in September 1997.

The project of the Pilgrim Route of John Paul II was drawn up and approved by the government in 2007, on the 10th anniversary of the pope’s pilgrimage to Lithuania. The execution however was discontinued because of lack of funds. The government will now resume to its plans to commemorate the visit of John Paul II in Lithuania.

The programme for 2014-2022 includes renovation works in churches, chapels and monasteries, i.e. in the Chapel of the Gate of Dawn and in St Teresa’s Church in Vilnius. The Stations of the Cross in Kalwaria Wileńska, the Chapel of the Immaculate Conception and the St Ladislaus Chapel in the Vilnius Cathedral will be renovated. The revitalization of the square in front of the Gate of Dawn (Ostra Brama) has also been planned.

The Pilgrim Route of John Paul II will include also the Camaldolese Monastery in Pažaisliai (Pożajść), the Basilica of the Birth of the Virgin Mary in Šiluva (Szydłów) and Kaunas Cathedral Basilica. The Stations of the Cross and a church will be build near the Hill of Crosses, north of  Šiauliai (Szawle).

The pope John Paul II met his compatriots in the Church of the Holy Spirit during his pastoral visit in Lithuania on 4-8 September 1993. Initially the temple, where the Masses are celebrated only in Polish, did not appear on the list including the structures and objects of the Pilgrim Route of John Paul II. The Church of Holy Spirit was added to the list at the request of the Minister of Energy Jarosław Niewierowicz only during the last cabinet meeting. The Lithuanian Episcopal Conference will take the final decision.

„Silence” and “Body “, or nature and abstraction – a summary of the art in the open air of The House of Polish Culture

Dance Workshops in the House of Polish Culture in Vilnius