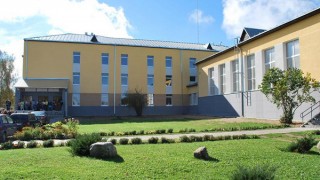 Another two schools in the Šalčininkai District Municipality have received a gymnasium status: Mykolas Balinskis Secondary School, which offers a learning program in Polish, and Lithuanian“Aušros” Secondary School.

In May, a special accreditation committee appointed by the Ministry of Education and Science of the Republic of Lithuania gave two schools in Jašiūnai a right to provide secondary education and a gymnasium status. The final decision was reached at a meeting of the local government council: from the 2014/2015 school year, Jašiūnai will have Mykolas Balinskis Gymnasium and “Aušros” Gymnasium.

Five schools in the Šalčininkai District Municipality are gymnasiums. The first school in the municipality to receive a right to provide secondary education was the Polish school in Šalčininkai, currently Jan Śniadecki Gymnasium. There is also a Šalčininkų Lietuvos tūkstantmečio gimnazija (Thousand Year of Lithuania Gymnasium) under the Ministry of Education and Science of the Republic of Lithuania. There are two gymnasiums in Eišiškės: Eišiškės Gymnasium, where students are taught in Polish, and Stanislovas Rapalionis Gymnasiums, where students are taught in Lithuanian and Russian. Since 2013, the Polish Anna Krepsztul Secondary School in Butrimonys operates as a gymnasium.

Paweł Ksawery Brzostowski Secondary School also wants to receive a gymnasium status in the upcoming 2014/2015 school year. It is a Polish school as well.