Who will listen to the scientists 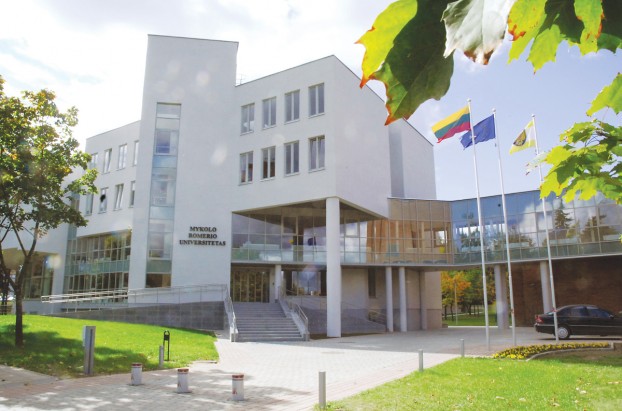 Last week (6 June 2015) the scientific conference on the problems of Poles living in Lithuania took place in the Mykolas Romeris University. The scientists from the University’s Institute of Political Studies presented research results conducted in the regions populated by the Polish minority.

First of all, I would like to stress the fact that the climate of the event created by the hosts suprized me a lot. Alas, as they said, the conference has not been noticed neither by the Lithuanian media who look for more shocking topics than the scientific research results, nor by the politicians who probably prefer to have some rest after recent elections.

Thus, the participants of the event were only those interested in the research results, the Ones who are convinced that the Polish minority are in fact Lithuanian citizens who are and who want to stay Polish and they have a right to do it; there were either people who stick to their views and it is not possible to convince them in any way (there were a few of them, including Jonas Vasiliauskas, the Member of the Vilnius Regional Assembly).

It is indeed a pity, that our fellow Lithuanian citizens, left at the mercy of politicians’, activists’ and Mrs. President’s interpretations of Polish problems who claim that Polish minority’s demands are politicking and that they are harmful to Lithuania’s deals, its statehood and Lithuanian language, were not able to hear about the research results and its theses presented by i.a. prof. Antanas Kulakauskas.

The conference announcement “Lithuanian Poles: further development of relations” says that Poles in Lithuania are the biggest national minority who cultivates their tradition. It also expresses regret about the recent lack of agreement. As a result, there are new problems and pressures within the society, which is incited by the radicals of both sides. Ongoing and aggravated obstacles to cooperation deepen the alienation of Polish minority. This is particularly visible in the time of election and protests; the reasons of it include the government decision to standardize the final Lituanian language exam in high schools and the complaints addressed to the European Union institutions.

The Institute of Political Studies of Mykolas Romeris University, implementing the project “The research on the identity of Polish national minority in Lithuania” financed by the Lithuanian Scientific Council under the programme “Country and nation: legacy and identity”, has organised an international scientific conference where they presented the research results, discusssed the current situation of Poles in Vilnius especially the minority’s current affairs and their living issues.

Having welcomed the participants gathered by the conference’s moderator prof. Antanas Kulakauskas, Inga Gaižauskaitė, the lecturer of the Institute of Educational Sciences and Social Work of Mykolas Romeris University, discussed the methodology used in the research on the identity of Polish national minority. She emphasized that the research conducted in the environment of a national minority demands a particular attention, an ability to appeal to the environment, a proper selection of the interviewees who belong to a certain population and of proper language of the research.

The research was conducted in the biggest population centres of Poles: in Vilnius and in the Vilnius and Šalčininkai District Municipalities. It includes community interviews and surveys, conducted between November 2012 and July 2013, and between July 2013 and February 2014. 30 interviews were recorded, each lasts from 30 minutes to 1 hour, 572 questionnaire forms were distributed to the respondents at the age of 18-70. The proper respondents and interlocutors are the members environment of Polish schools, people at various ages recommended by acquaintances.

The researchers stress the fact that people often expressed disbelief over the questions’ content and the intentions of the reseachers, they clearly did not want to talk about certain subjects, they avoided expressing their opinions as they had some concerns about researchers’ interpretations of their words. Also, they often did not want to be recorded during interviews; they saw some subjects or questions as provocative; their lack of trust to the Lithuanian institutions was noticeable.

Out of 572 questionnaire forms, 411 were used in the analysis because 72 have not been returned, 25 were not fulfilled and 60 of them were either incomplete or damaged.

In the speech “Identity of Lithuanian Poles: research results”, dr Gediminas Kazėnas, an associate proffesor from the Institute of Political Sciences, presented the research results. According to the generalised data, the majority of the interviewees – 37.7% – consider themselves to be Polish, 24.6% see themselves as Poles living in Lithuania. 11.2% of the respondents call themselves “Lithuanian Poles” and 12.9% call themselves “Poles from Vilnius District Municipality”. The name “Lithuanian Poles”, often used by Lithuanians, is definitely not popular among Polish minority. As dr Kazėnas mentioned, they usually call themselves Poles. Regarding their origins, only 1.2% of the respondents claim that they are Poles of Lithuanian descent, 5.8% of them say they are Lithuanians of Polish descent. As the speaker said, although half of Poles have been graduating Russian schools until 1989, most of the respondents speak Polish on daily basis. 50.1% of interviewees speak only Polish in their families, 4.6% speak only Russian, 5.1% speak so called language of this place, 10.2% speak both Lithuanian and Polish, 14.6% speak Russian and Polish, 6.3% speak only Lithuanian.

The data show that the Poles consider preserving own culture and cultivating their tradition as the most important factors to keep their identity. It is an opinion of almost 40% of respondents, 24% claim that crucial thing is also education in Polish language. Regarding the problems of Polish majority which need to be urgently solved, 2/3 of interviewees see the issue of using original spelling of Polish surnames as quite important but 17.5% said it is not an urgent problem.

The myth that Poles do not want to learn Lithuanian language and they ignore it has been dispelled by the research results: in the opinion of 59.9% respondents Lithuanian language skills are essential, 33.1% claim that it is rather important. Thus, we can see that about 93% of Poles living in Lithuania consider Lithuanian language as the crucial factor for existing in the society. Only 0.5% of them think Lithuanian is not important. A superstition that Poles living here are disloyal to the country where they live and that they are not proud of the Lithuanian citizenship has been debunked, again, by the results of the survey: the vast majority said that Lithuania is their homeland, the country where they were born and where they live. However, the people resent the government who, in their opinion, takes care after them insufficiently, does not try to solve their problems including the economic one which is considered to be very important. There is a general conviction that during the Soviet ruling as well as in the times of independent Lithuania the Vilnius District Municipality has not received a proper attention of the country. What is more, 41.8% of local Poles blame the improper Education policy for conflicts between Lithuanians and Poles (the dealings between both nations are said to be average), 30.9% blame the negative publications in the Lithuanian media. The people are particularly offended by the name “people of this place”. They think it is time to eradicate it. The name is commonly used on the Lithuania-Belarus borders.

It was the most popular subjects in the Polish press that Adas Jakubauskas has presented in his speech, analysing the current issues discussed in Polish press in Lithuania between 2004-2013. Mr. Jakubauskas icluded regaining land by the previous owners, elections and government’s attempt to change the boarders of electoral districts to the most frequently mentioned and stressed subjects by such magazines as “Kurier Wileński”, “Tygodnik Wileńszczyzny”, “Magazyn Wileński”. They pay attention to education and Lithuanian language issues. They are critical of the judical system functioning due to the decisions concerning restitution of land rights. Lots of articles discuss the issue of original spelling of surnames. The problem of relations between Poland and Lithuania is still present there.

Dr. Adas Jakubauskas emphasised that it is important to combat stereotypes which have stuck to us from the first half of 20th century, when countries were fighting for independence. He also said that it would be good if articles about lives of Poles in Lithuania were written also in Lithuanian.

Lecturer Romualdas Kacevičius continued the discussion on the media in context of the image of the Poles’ problems, mentioning the web portals. As we know, it is a place where we can find the most radical criticism and harsh commentaries, where also politicians participate who are away of the current political life.

Lecturer Asta Visockaitė talked about the aspects of Poles’ participation in the Lithuanian political lie. She stated that in the last 20 years Poles have lost their trust to the Lithuanian parties. More than 74% of the respondents are convinced that AWPL (Electoral Action of Poles in Lithuania) represents Polish minority’s interests well. This is the response to the question about last elections’ results, both presidential and European Union ones. Regarding the question which parties may be close to the Polish minority, we only know that these would be the right wing ones. However, there is no clear criteria which of the left wing parties may represent us. What creates disbelief and tension? First of all, it is the Education Act which has been created for the last 3 years, it is the Lithuanian nationalism which, according to the respondents, is expressed in the lack of possibility to use both languages in surnames and names of streets, and lastly it is the negative opinion presented in the media.

We can find the answers to the questions why there are prejudices, lack of trust and will of Lithuanians to meet Polish minorities’ demands in the speech of Audronė Janužytė who talked about shaping the Lithuanian identity in the beginning of 20th century.

Professor Antanas Kulakauskas from the Vytautas Magnus University, the moderator of the conference, summarized the speaches of the conference’s participants. He raised a lot of historical subjects both popular and less known, exposing them precisely and objectively, the subjects which to a large extent influence not only the relations between Poles and Lithuanians within the Lithuania but also the dealings between Poland and Lithuania. Among lots of issues, I would like to stress one (the current one due to the time of high school final exams) namely the standardization of Lithuanian language exam. The professor states that the issue has been solved in the worst possible way and to the disadvantage of Polish students. Alas, neither his nor other scientists’ opinion is interesting to the arrogant officials and to the self-righteous politicians. It seems, that this is the main reason why Polish minority and Lithuanian majority do not feel comfortable in many aspects of social life in their own homeland-Lithuania, and why they more and more often decide to leave the country.

Vice-Minister delegated by AWPL on the President’s blacklist

“There are many social processes that cannot be steered by law, they cannot be shaped from…
Znad Wilii July 11, 2019

Nausėda: I Would Like to Repay the Lithuanian Poles

Lithuanian President-elect Gitanas Nausėda, who was a guest of the “Political Salon”, claimed that in many…