Polish Lithuanians will study in Lithuania 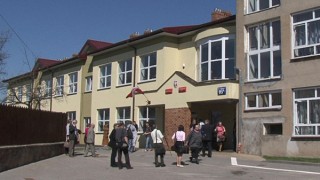 15 graduates of the March 11  High School of Teaching the Lithuanian language in Punskas from September will start their studies at universities in Lithuania. Ministry of Education and Science of Lithuania has denied earlier reports that none of the graduates from Punskas do not get into university in Lithuania, as the Lithuanian education authorities changed the system of translating the results of final examinations.

When the results of recruitment for higher education in Lithuania was announced, the Community of Lithuanians in Poland issued a statement in which it was written that “the students who chose to study in Poland or abroad, successfully got to their chosen universities, while those who chose studies in Lithuania, heard that Lithuania creates excellent conditions for studying, but were not accepted, so they feel cheated. “

According to the representatives of the Community of Lithuanians in Poland, the problem is the fact that when Poland had already started Matura exams, Lithuania changed the rules for conversion of the results of final examinations. Currency proved to be unfavorable for graduates of March 11 High School in Punskas who wanted to study in Lithuania: although they have passed the examinations well, they ran out of points to study the subjects they wanted.

Deputy Minister of Education and Science of Lithuania Rimantas Vaitkus, commenting the situation, said that while during the enrollment, people of Lithuanian origin were given 2 extra points. “We created the possibility of getting to study at the subject of the target. We checked proposals submitted by them and I must say they were really ambitious: medicine and so on., But with their results they would not get into studies in Poland” – said the Minister Rimantas Vaitkus. In his view, changes in the conversion of examination results did not affect the outcome of admissions.

Ministry of Education and Science of Lithuania reported that of the 15 graduates from Punskas, 14 got to free university, one will have to pay for university. 10 people became students already during the first round of recruitment, 5 were accepted during the supplementary round. Lithuanian youth from Punskas will study, among others, at the Technical University of Gediminas in Vilnius.

The successful summer project of House of Polish Culture in Vilnius

To reborn scouting in the Šalčininkai region