The World Festival of Folk Ensembles of Polish Diaspora in Rzeszów 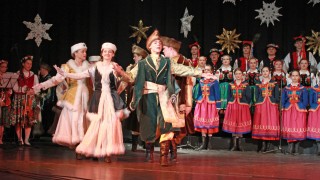 The World Festival of Folk Ensembles of Polish Diaspora, organised every three years in Rzeszów, will host several hundred dancers from all over the world from 23rd to 30th July 2014. It is the16th edition of this undertaking. The Polish Song and Dance Ensemble “Wilia” will represent Lithuania at the festival in Rzeszów.

The World Festival of Folk Ensembles of Polish Diaspora is one of the most important events both in Rzeszów and in Podkarpackie Voivodeship. Every year many people attend the concerts.

The programme of this year’s festival was divided into two parts. In the first, pre-festival one, the ensembles were presenting themselves not in Reszów but in the selected towns of the whole Podkarpackie Voivodeship from 20th July to the afternoon of 23rd July 2014. The second part, the main one, started on 23rd July in the afternoon and will last until 30th July.

The Polish Song and Dance Ensemble “Wilia” is once again taking part in the festival in Rzeszów. It is the oldest ensemble in the Vilnius Region which has been promoting Polish culture, folklore and tradition for more than 50 years not only in Lithuania, but also abroad. The ensemble has in its repertoire Polish national dances, regional suites from nearly all regions of Poland, but also songs and dances from the Vilnius region.