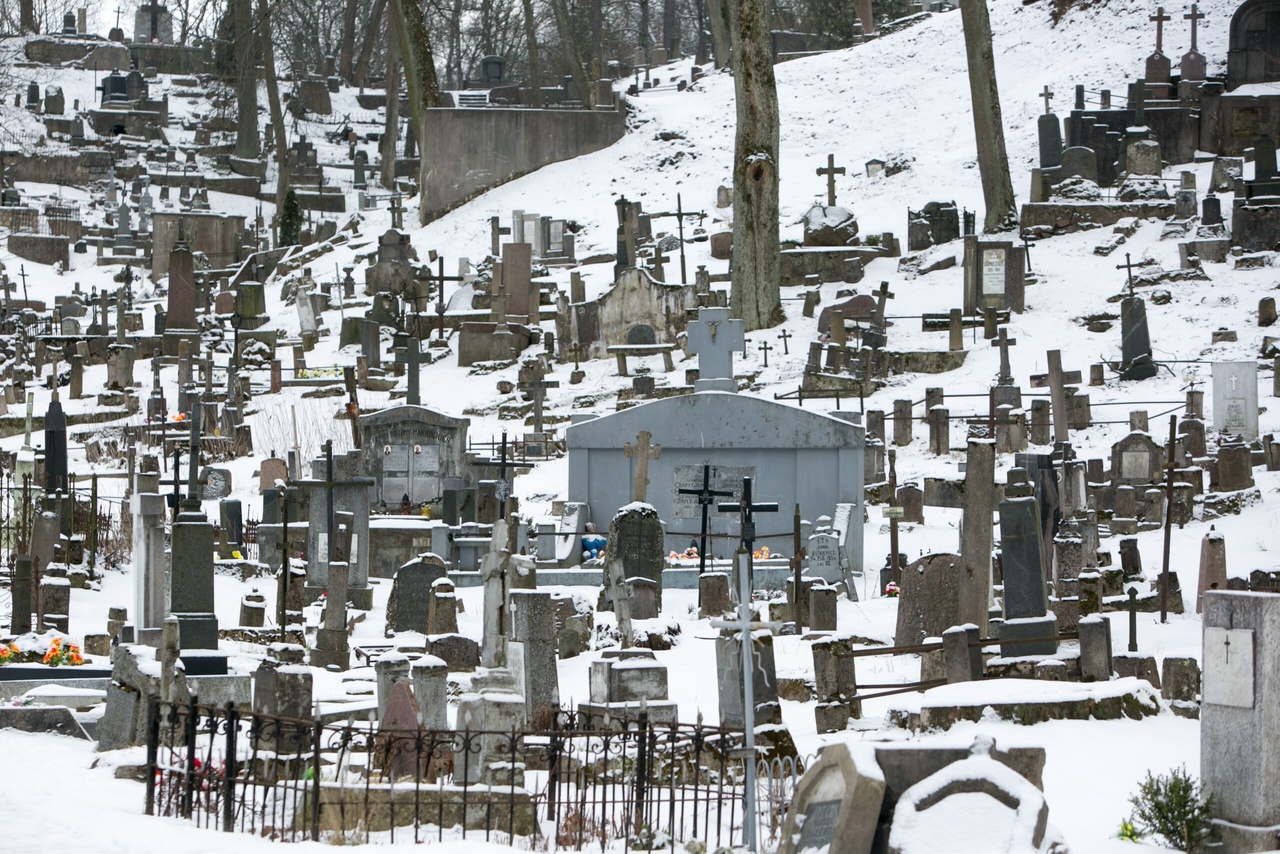 In the second half of last year, the Social Committee for the Care of the Old Part of Rasos Cemetery (Społeczny Komitet Opieki nad Starą Rossą) alerted that there were ambiguities regarding the information boards at the Rasos Cemetery in Vilnius. Before All Saints’ Day this year, information appeared on the boards, which brought distaste and a conflict of interests.

It is extremely important to indicate the period of life of a historical figure, because dates are an excellent educational tool, especially for pupils and students; dates specify in which historical era the indicated person lived, etc.

It is worth remembering that the Rasos Cemetery is the cultural heritage of both nations – Poland and Lithuania. The oldest necropolis in Vilnius is visited mainly by tourists from Poland, sometimes by Belarusians, Germans, and less often by Latvians, there are also local wanderers.

It is difficult to understand why the boards with an overview map of the cemetery and history are presented in three languages, while the others are dominated only by the state language – Lithuanian. An economical solution is not acceptable in this situation, because for the foreign tourists, who visit the cemetery, words in Lithuanian (e.g. gydytojas, visuomenės veikėjas, sukilimo dalyvis, rašytojas, etc.) do not convey the expected message. Without information in Polish, brief explanations in internationally used language English are required. The problem of the lack of space on boards is easily solvable – it is possible to reduce the text font.

In addition, on January 20, 2020, during an official meeting in the Vilnius city government with the then deputy mayor of the Lithuanian capital, Vytautas Mitalas, in the presence of representatives of the National Institute of Polish Cultural Heritage Abroad “POLONIKA”, it was agreed that the inscriptions on the information boards at the historic Rasos Cemetery will look as follows : name and surname written in the original language (just like on the tombstone), while the information regarding who the indicated person was – in three languages: Lithuanian, Polish and English.

III. There are many errors in the names and surnames of people written in Polish – it is unbelievable that a state institution took such a sceptical attitude towards matters that concern not only local Poles living in Lithuania, but also Poles living in the neighbouring country of Poland.  A disgrace that opens a discussion about the competences and writings of people working in the local government of the capital.

Here are some examples (22 errors):

In view of the above-mentioned remarks, the following questions arise for local government officials:

1) Why are the years of birth and death of the indicated persons omitted from the information boards?

2) What prompted the employees of the local government institution to present the activities of particular people on the information boards only in Lithuanian ? Is the adopted decision suitable from the point of view and expectations of local Poles, Poles from Poland, and foreigners?

3) Why is the information on the tables in Polish language inaccurate? Why was there no consultation with the linguist?

Source: the Social Committee for the Care of the Old Part of Rasos Cemetery

Translated by Anna Maria Nowak within the framework of a traineeship programme of the European Foundation of Human Rights, www.efhr.eu.