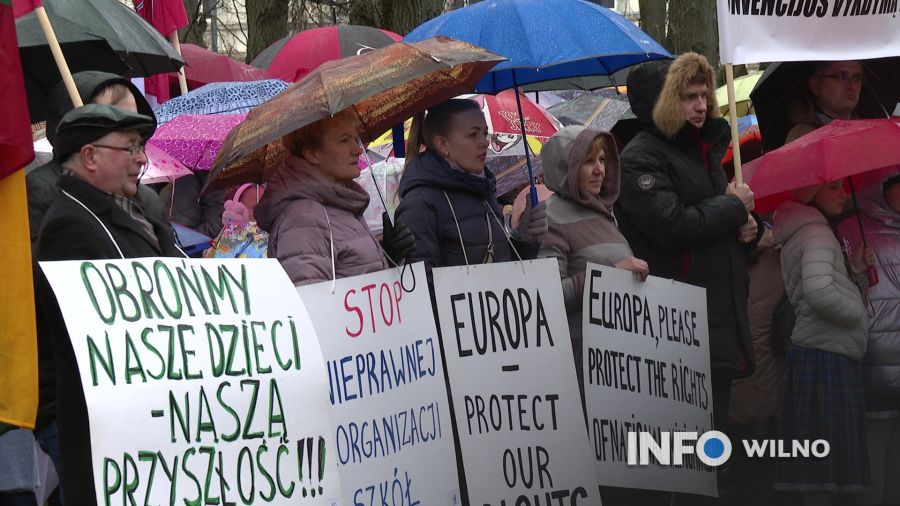 It has been almost three weeks since the controversial decision of the councilors of the Trakai Self-Government regarding two Polish facilities. The school community disagrees with the reorganization, announces taking legal action, and continues to protest.

Parents of the students of the Andrzej Stelmachowski Elementary School in Senieji Trakai and the Longin Komolowski Middle School in Polukhin, as they announced, are not giving up. They strongly disagree with the decision of the Trakai Self-Government Council on the reorganization of these facilities.

Schools are waiting for the next meeting of Trakai councilors.

Parents, students, and teachers expect the Polish authorities to persuade Lithuanian officials to suspend the reorganization of those two institutions.

Support for the reorganization of the schools has already been expressed by “Macierz Szkolna”, “Republika Polonia”, Intergroup for Traditional National and Linguistic Minorities in the European Parliament, and 43 members of the Lithuanian parliament.

Today’s action is not the last, as another rally in defense of Polish schools in the Trakai region will take place on Saturday, April 23, at the Lithuanian Embassy in Warsaw.

On Wednesday, March 30, near the building of the Government of Lithuania the Poles of the…
Znad Wilii March 30, 2022