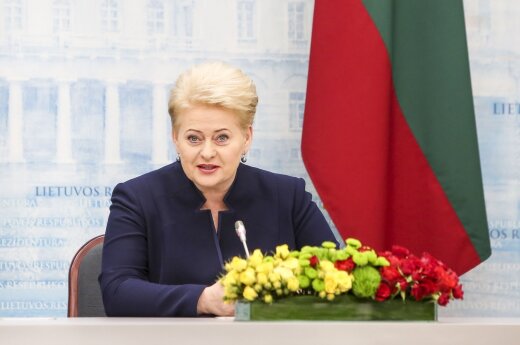 President Dalia Grybauskaitė is going to Šalčininkai on Wednesday. This time she will visit the summer camp organized by Lithuanian Riflemen’s Union.

One hundred people actively spend time on the grounds of a Lithuanian school in the village of Poškoniai. The president’s office informed that among those people are ten young Ukrainians, and  members of the National Union of the Vilnius Region.

This year, the Lithuanian Riflemen’s Union organises 55 camps in which 4,5 thousand children will participate.

Before the visit in Šalčininkai, the president called for establishment of a special Fund for the Development of East – Southern Lithuania or a development of a special programme for this region. She underlined that the potential of the Polish minority which densely populates this area is not used.

Ministry of the Interior is against this idea and the ruling government is to comment on it this afternoon.

Soleczniki win at the Polish Community Olympics as well

Artur Górski: We we will fight for full rights of the Polish minority in Lithuania