Polish citizens have the right but not the obligation to spell their names in the language of minority. 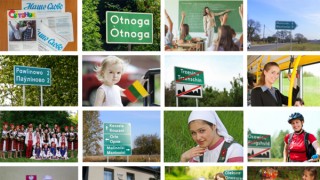 The statement of Irena Gasparavičiūte presented in the Lithuanian public TV

LRT and also reprinted by Delfi.lt has already provoked several commentaries and corrections of false information given by her. Below we deliver the information from the Ministry of Administration and Digitization of Poland, which is responsible for the relations with national and ethnic minorities.

From the point of view of the Polish government, the problem does not lie in the holes in the law or the lack of conditions to apply it but rather in convincing the Polish citizens being part of the national and ethnic minorities to make full use of the created conditions.

It is fair to admit that Lithuanians belong to the minorities that perform it in the fullest scope and, therefore, the Ministry of Administration and Digitization often presents them as the model for other minorities. However, additional information activities

were also necessary with regard to the Lithuanian minority in Poland.

At the turn of 2012 and 2013, the Ministry conducted the campaign that encouraged the people being part of the Lithuanian minority to change their names and surnames according to the spelling principles of the Lithuanian language. Before the launch of the campaign, the issue was discussed with the Ministry of Internal Affairs that is in charge of providing different documents and their spelling. The Ministry paid attention to the Lithuanian diacritical signs and endings (separate for men, unmarried and married women).

The Ministry of Internal Affairs accepted the content of the leaflets. All three endings of the Lithuanian surnames with the diacritics were provided there as examples. Though, it needs to be mentioned that Polish citizens have only the right but not the obligation to write their names and surnames according to the standards of the language of minority. The Polish state can only promote using this right, which it actually does. The final decision to use the right is in the hands of a citizen.

The information concerning the possibilities can be found on the web managed by the Ministry of Administration and Digitization that deals with the promotion of the minority languages and regional language.

Last year, the Ministry led the campaign promoting the usage of the languages of national and ethnic minorities and the Kashubian language. It reminded the local governments of the rights of the persons who are part of national and ethnic minorities to spell their names and surnames according to the principles of the native language. The leaflet which was sent to local governments on paper is available on the web of the Ministry of Administration and Digitization.

Based on the information of the Polish Embassy in Vilnius.

The spelling of Polish surnames on identity documents

Tourist Jamboree of Poles in Lithuania: the youth train not only their fingers