Renata Cytacka returned to the position of Deputy Minister of Energy 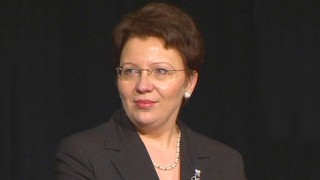 The Ministry of Energetics informed that from Monday, August 18, a representative of the Electoral Action of Poles in Lithuania Renata Cytacka and seconded by the Party of Socialists Aleksandras Spruogis began the work as the deputy ministers.

In the announcement of the Ministry of Communication it was stated that “the competent institutions of the Republic of Lithuania did not give information which negatively characterized the deputy ministers”.

Both Renata Cytacka and Aleksandras Spruogis were working in the same positions in the government of the previous term. A. Spruogis resigned on July 11, 2014., R. Cytacka on July 15, 2014. Renata Cytacka was attacked by politicians and Lithuanian media when as the only one of the deputy ministers refused to leave from her position at her request. When the formation of a new government began, the Prime Minister Algirdas Butkevičius stated that Renata Cytacka will not return to the position of Deputy Minister. The head of the government accused her of lack of competence, without any justification of his opinion.

On the basis of: BNS, enmin.lt

The 25th anniversary of the band “Czerwone Maki” celebrated in Jawniuny

80th anniversary of the consecration of the church in Podborze