A longtime problem of Lithuanian Poles left in Nausėda’s hands: What will the president do? 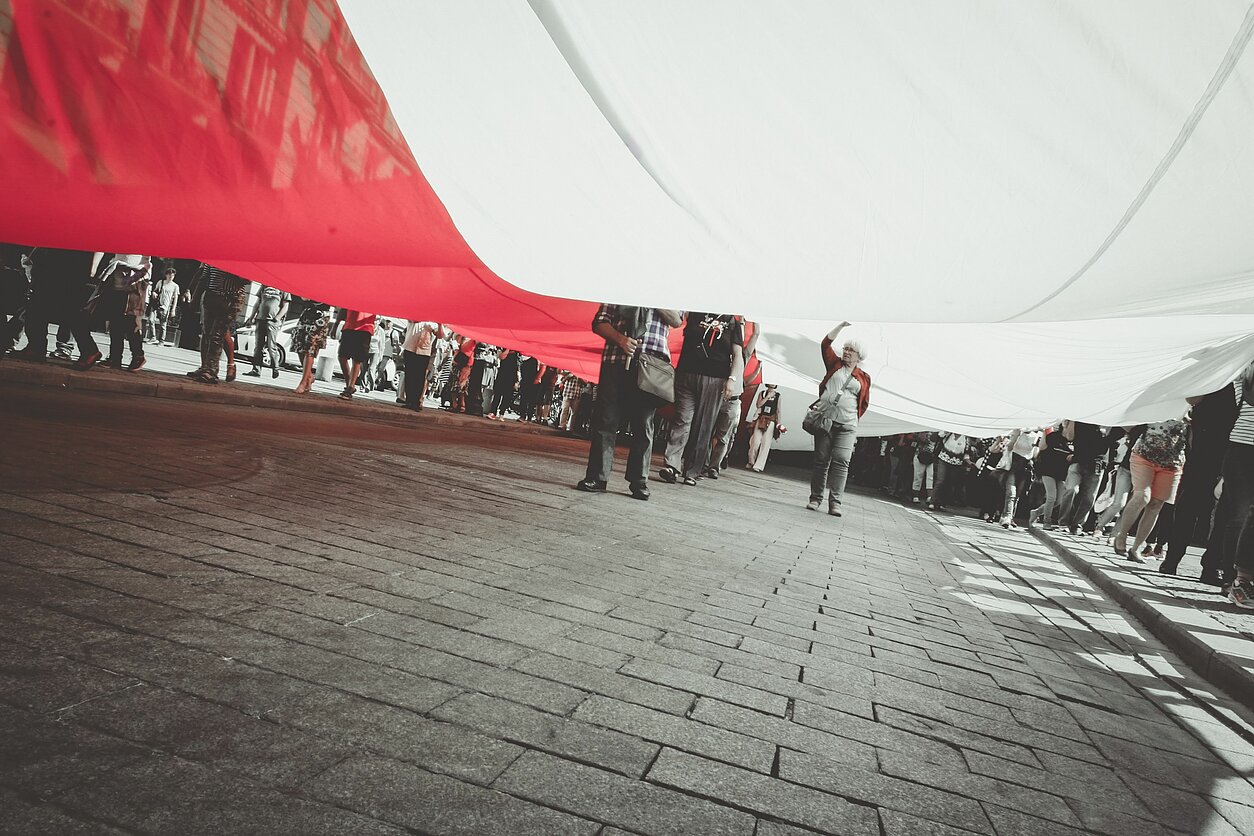 President Gitanas Nausėda and his First Lady, Diana Nausėdienė, celebrated the beginning of the academic year at schools, along with children. Each of them visited a different area – one was in the Vilnius District Municipality, while the other in Šalčininkai. Both districts are greatly inhabited by Lithuanian Poles which led to the question whether the Presidential Couple wanted to draw attention to Lithuanian national minorities.

During an interview with LRT.lt, political scientists have noticed that there is plenty of room for the president to improve his relations with national communities. Nevertheless, it is visible that the current situation is better than during the term of Dalia Grybauskaitė who, according to the experts, did not pay any attention to national minorities.

“That makes a difference in comparison to the ex-president, Dalia Grybauskaitė. She would rarely make any visits and did not pay any attention” (She was not present – LRT.lt).

Did you try sending a message?

It seems that the president has some room for development. A political scientist, Andžejus Pukštas from Vytautas Magnus University (VMU), commented on LRT.lt that the arrival of the president and his first lady to schools in Vilnius and Šalčininkai districts was a symbolic yet insufficient step.

“At that time, we simply paid attention to it. They seem to understand that the South-East region of Lithuania is important to a certain extent. But let’s be honest, one visit at school will not solve anything” said A. Pukštas.

Marijuš Antonovič, a political scientist from the Institute of International Relations and Political Science of Vilnius University (VU TSPMI), confirmed that visits of G. Nausėda and first lady Diana Nausėdienė in schools did carry a meaning.

“Of course it carries a meaning. That makes a difference in comparison to the ex-president, Dalia Grybauskaitė. She would rarely make any visits and did not pay any attention (She was not present – LRT.lt).

There are certain gestures shown towards national minorities, they are given attention and respected. It is worth mentioning that he met with representatives of the Council of National Minorities, which was hardly ever a case for our previous president” – said Antonovič.

I feel obligated to continue this connection

The political scientist of VU TSPMI said that the current president of Lithuania is trying to keep good relations with national minorities. Furthermore, mister Antonovič reminded us that during the second round of presidential election in May 2019, Nausėda received a huge support in the areas inhabited mainly by national minorities.

“I feel obligated to continue this connection” – said the political scientist of VU TSPMI.

According to him, it should be obvious after elections to the Parliament whether G. Nausėda’s first steps are the beginning of improvement in terms of relations with national minorities or just a single case .

“Everything will be clear (…) once questions about the National Minorities Act and the spelling of surnames rise. We will learn the truth by then, depending on the president’s position, as D. Grybauskaitė would instantly veto any actions leading to concessions towards national minorities” – commented M. Antonovič.

Although some elements are missing, the situation is improving

Political scientist A. Pukštas referred to the matter of ethical communities, as both issues share one common characteristic of G. Nausėda’s term – the lack of a clear position. He believed it was apparent at times that something was tried to be done with national minorities, yet nothing was actually done.

“It is not only about national minorities but also about other areas. There is no clarity, no spine, no distinct personality” – said A. Pukštas

And yet, the president is obligated to regularly mention human rights, national tolerance and national coalition.

Nevertheless, the political scientist of Vytautas Magnus University noticed that it is up to the government to take more confident actions, as the president’s role is rather symbolic and the most important decisions are made by the Council of Ministers: “Even meetings with national minorities, supporting important events which strengthen the community. This is what we are missing.”

The situation is improving, in comparison to D. Grybauskaitė

However, as said by the political scientist of Vytautas Magnus University A. Pukštas, the lack of interest in ethical communities is not only the current president’s problem. According to him, even though the ex-president D. Grybauskaitė had not done much in that matter, the efforts of those who did help had a symbolic meaning.

“Dalia Grybauskaitė claims herself to be the representative of the political right-wing, and it is known that the right-wing officials do not treat contacts with national communities as a priority” – said A. Pukštas.

Mr. Antonowicz was also critical towards the ex-president. He said that the issue of national minorities was nonexistent: “She did not find it interesting at all”.

“We should wait until the next term of the Parliament and see whether he’ll try to work on himself and move on; if not, he will be obligated to keep on and prepare the ground for re-elections” – said M. Antonovič.

According to the political scientist, it is highly expected that the National Minority Act will be accepted during the Parliament’s new term and signed by G. Nausėda, along with the decision about the spelling of surnames. As explained by Mr. Antonowicz, the president should use his authority and mention that is is high time we discussed the issue of national minorities.

“Again, it is not a gesture but an important symbol. G. Nausėda said that after D. Grybauskaitė’s term, a certain void was created; he either failed to notice it or didn’t want to” – commented the political scientist of VMU.

While discussing the issue of relations between national communities and Lithuania’s leaders, A. Pukštas mentioned that the problem itself is outdated and surely not the only one existing. Mr. Antonovič also talked about this long-standing problem: “I think so. The problem is that the majority of politicians are aware of the problems and they know what the possible solutions are, yet they have instilled some doubts in themselves. There are no concrete actions.”

They see the problems which require solutions

LRT.lt has interviewed the president’s crew. As they have noticed, while it is understood that there are many actions to be taken in terms of national minorities, Lithuania’s religious and national tolerance was and still is one of the nation’s major characteristics ever since the reign of prince Gediminas.

“In terms of education, we need a better quality of Lithuanian language classes, so that students of national minorities are able to receive satisfactory exam results in Lithuanian and pursue their chosen specializations in order to broaden career possibilities in future. The current need for informal education of children is not satisfied.

There are some excellent examples. For instance, the City Council of Vilnius operates in four languages. It is a good practice.

There are some excellent examples. For instance, the City Council of Vilnius operates in four languages. It is a good practice. But while such solutions are useful in everyday and business life, they do not solve problems of those outside Lithuania – such as job market rivalry and not being able to fully participate in the nation’s cultural and political life. They are limited by the access to all information” – commented on paper the president’s crew.

They have also noticed that the president himself pays attention to how important it is for all ethical communities to be enabled to receive information through high quality media which write and transmit about Lithuanian issues in their native languages.

According to the president’s representatives, the Head of the nation believes it is important for children of non-Lithuanian communities to be able to learn Lithuanian language along with Lithuanian pupils.

Furthermore, G. Nausėda’s representatives stressed that the president supports the idea of spelling Polish names with Polish letters in passports on pages other than the main one: “However, this decision must be made by the Parliament. Right now, there is no consensus. The representative is eager to renew the discussion and solve the issue.”

Translated by Aleksandra Sokół within the framework of a traineeship programme of the European Foundation of Human Rights, www.efhr.eu.