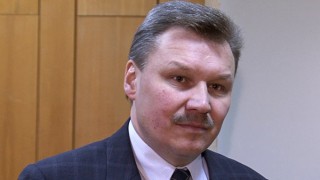 Miroslaw Szejbak from the Forum of Polish Schools’ Parents in Lithuania has made a vice-president of the Congress of Polish Education. In Krakow, there was the 2nd Congress of the organization consociating Polish educational environment in the nation as well as abroad. CPE was founded in 2012. It is a consultative, representative and consultative body, the task of which is to seek for concepts and solutions in cooperation with operating in Poland parliamentary, governmental and non-governmental institutions. The results have to support the development of Polish education abroad.

From three years, since its founding, the CPE activity has been conducted on the social basis. The status of the organization, which was adopted then, however, was not polished and for this reason the organization was unable to obtain official registration in Poland. The 2nd Congress, which took place on July 17-20nd in Krakow, was devoted to the organisational matters: changes to the statute were brought and the new leadership of the organization was elected. CPE president was Jolanta Tatara from the US, and one of the three vice-presidents was Miroslaw Szejbak from Lithuania.

Miroslaw Szejbak attended the 2nd Congress of Polish Education as the only one representative of the Polish community from Lithuania. “I went to the congress after speaking with the president of “School Mater” (pl. “Macierz Szkolna”), Józef Kwiatkowski, who, moreover, was the previous vice-president of CPE and Julita Carniolan from School Point of Subject Homeland. The most active in this organization are representatives of Western countries, but I think that our voice should also be heard likewise our ideas and aspirations must be presented”- he said in an interview with Wilnoteka.

“During the talks in the lobby I had the opportunity to present the situation of Polish schools in Lithuania. It turned out from these conversations that not everybody is aware how it looks in reality. As far as the Polish education exists in different countries, there are both differences and similarities. Such assembly is an opportunity to exchange experiences. The goal is united too: make every child, who is of the Polish origin, know the language, history and Polish culture as well as help these children with acknowledging their roots “- Szejbak said.

Acording to Mirosław Szejbak, the exchange of ideas and experience on such forum is really alluring and fruitful: “For me, the great discovery was, for instance, the fact that in the Czech Republic “School Mater” focuses mainly on parents whereas in Lithuania, it is for teachers. There, parents pay contributions and they are very active. It is a shame when a Polish child does not study in a Polish school. Somebody who did not send a child to a Polish school can feel like a stranger. If Lithuania had such approach, it would be great. On the other hand, Poles living in the Czech Republic have the authorities’ favour. That is what we do not have.

Miroslaw Szejbak would like to think over few ideas drawn from the deliberations and meetings and, perhaps later, use them in Lithuania. One of these ideas is to allow obtaining a certificate of Polish language. Currently, the Matura Exam in Polish language for Polish school graduates in Lithuania is purely symbolic, and the evaluation of the test is not honored by universities. “Vast knowledge of a foreign language, confirmed by the appropriate certificate, is important for professional careers. In the case of Lithuania, the Polish language is a foreign language. Giving certificates to those who passed the Matura Exam in the Polish language would automatically rise the status of the exam itself. There are plenty of such and that is why I think it’s worth. We have to participate in such bodies as the CPE “- Mirosław Szejbak said.

Vida Montvydaitė: the government has come round to seeing the need for the Department of National Minorities

The campaign against homophobia (KPH) accuses the AWPL and ZPL