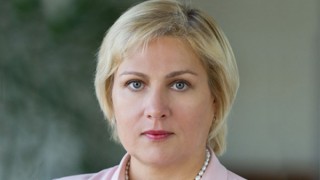 The Lithuanian consul in Sejny Vida Montvydaitė is a nominee for the post of the Director of the Department of National Minorities. The Department commences its duties on 1 July 2015. The Ministry of Culture’s duties regarding the protection of national minorities will be taken over by the Department.

The Minister of Culture has nominated Vida Montvydaitė,PhD, for the post of the Director of the Department of National Minorities who was the Deputy Director of the Department of national Minorities and the Diaspora between the years 2002 and 2009. Since March 2013 she has been Lithuanian consul in Sejny. Vida Montvydaitė is 46 years old and she graduated from Vilnius University. She is a historian and an expert in English Studies. Montvydaitė defended her doctoral thesis at Vytautas Magnus University in Kowno.