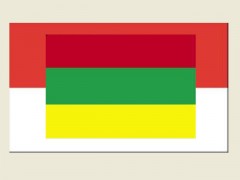 Lithuania could be a good sample how to deal with states bigger than it. Seems to be nice to „put somebody in his place” or show whose word means more. Since two decades the Lithuanian one did, in spite of Lithuanian claims towards bad Polish treatment of itself and keeping permanent pressure hard to accept.

In the last time cases of surnames, land, street names and towns recede into background. However probably that’s the way it should be in two following decades. If there is a status quo, people start getting used to and do not get excited about it anymore. But whether through such „status quo” the worsening is faced that in Lithuanian means it „improvement”.

Why does Lithuania decided to make such radical changes on education system status, can’t be explained in one sentence. But probably because Poles living in Lithuania did not lithuanized themselves as much as it was expected. Seems to be obvious that autopolonization of Lithuanian minority is something bad and condemned by Lithuanian  politicians, when lithuanization of Polish minority in Lithuania appears to be something good and desirable.

Changes made on Lithuanian Education System are perceived through improvement of polish minority in Lithuania situation. Why the situation should be improved, if it was presented as the best one all over the world? So why this best situation should be changed? In governmental point of view this happens because of taking deep care of Poles in Lithuania, but in other side is just because of hostile attitude. Once vice – Chairman of the Parliament said : “What should we do…?” Send Poles to the moon?” So if the whole galaxy admits that here is no friendly attitude rather lack of acceptance, which were the reasons for improving situation Poles living in Lithuania, leaves no doubt about it. Polish politicians have finally figure it out, however Lithuania still remains to be worried guardian of happiness of Polish society. Pathetic and disgraced minister of Lithuanian Education has invited Poland to establish another commission with a view to discuss solutions, which aim at using in new education and exam system for Poles living in Lithuania. Polish authorities has refused to, despite the fact of being accused of reluctance to dialogue. Which kind of dialogue it meant to be, everyone realized in past commission.

The commission was established by polish prime minister, in my point of view   on pressure made by manifestations  of Poles in Lithuania. At the same time Lithuanian Prime Minister mentioned that “commission should be established, but it has nothing to do with, and polish Prime Minister should realize that. This is not Poland which should adopt changes in Lithuanian law”.  That was logic and honest as well – according to my opinion. We have known the result of the commission works – Lithuanians were winners and Poles – those who lost.

It’s been half year. Lithuania suggested to Poland launching another commission to keep on convincing still „unconvinced” Poland about benefits from education system created for polish minority. Why Lithuanian side does liked the commissions so much to insist on launching another one? Maybe just because such unusual situation, hen Lithuanians just inform and caution and only what Poles can do is to listen, fulfill and get angry because of its  helplessness. Suggestion to launch commission in previous type, where discussion was mostly focused on recognizing lack of possibilities to change anything in the Act do not seem to be more than “rubbish”.

Poland in order to avoid another humiliation suggested to establish on the neutral ground with Mr. Vollebaek from OSCE as a moderator ad mediator as well, which has invited Lithuanians too. In Mr. Vollebaek presence they could not allow themselves for such behaviour. The Commissioner is familiar with issues related with national minorities in Poland and Lithuania through making many meetings with Poles and Lithuanians and heard lots of confessions. The commissioner has considered rights of both sides and is ready to help.
even trade contracts predicts using impartial mediation, not related with any sides in the most righteous way. But the proposal was refused by the Lithuanians. What is Lithuania afraid of? Maybe that the Commissioner is not about to emphasize Lithuanian efforts in improving and acting in accordance with all European human rights standards and conventions?

Or maybe should Lithuania be happy because of fact that someone meaningful in Europe with political authority paid attention to Lithuanian arguments in logical way. Could Lithuanian president and other politicians and national minorities activists have not convinced Vollebaek enough that Lithuania through its actions tend to improve situation of Poles in Lithuania?

Lithuania as a state – pattern cares constantly about improvement of education system of Polish minority in Lithuania up to the level at the same time criticized by itself.

Choosing to speak to Poles of Poland rather than talk to Poles from Lithuania seems to be very transparent. It shows scornful relation to local Polish people. If there were no polish minority in Lithuania (as if history didn’t turn this way) then Poles living in Lithuania would lose their ownerships very fast, despite all protests and appeals which are ignored by Lithuanian side. Nowadays during the globalization period everything keeps on influence on everything everywhere. That’s why it seems to be probable that no special actions or instrument (as  Poland does  not own such ones) could be helpful to keep influence on improvement situation in Lithuania of the Polish minority, but at least two decades of polish unconcern towards Lithuanian partners. What about Lithuania?

Not so long ago the most important Lady of Lithuania have claimed disappointed and full of regret that Russia have been chosen to be the Poland’s friend picking Lithuania up  Lithuania as a scapegoat instead.  Maybe this Lady was not told that thing like friendship, love and respect should be sought by both partners. Poland has been forcing itself upon Lithuania, simpering and fawn for two decades and for these two decades have put up with Lithuanian’s skulks, affronts, bad moods, maliciousness or even lies, deceptions and frauds made by Lithuania; to become in the end indifferent. And then Lithuania accused Poland of choosing friends instead of Lithuania. Does it really need to be commented? We should mention that who “has chosen Russia” still keep on protecting Lithuanian airspace with polish aircrafts and still is suggested that Lithuania should be paid for it. Is this really upside down, isn’t it?

Opinion: without a complex.

Did another robbery on the Poles Land happen again?