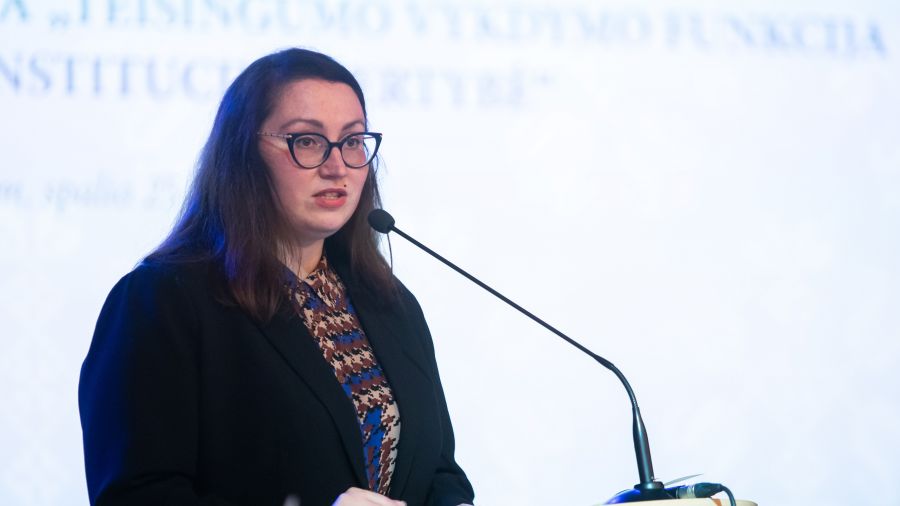 As new laws came into force in Lithuania at the beginning of May, allowing the original spelling of first and last names to be written in identity documents, the first Poles in Lithuania, including politicians, are applying to change their passports.

Justice Minister Evelina Dobrovolska has already submitted her application, and once it is approved, her name will be Ewelina Dobrowolska.

Lithuanian Member of the European Parliament Valdemar Tomaševski, leader of the Electoral Action of Poles in Lithuania–Christian Families Alliance, and MP Beata Petkevič are also planning to submit such applications.

The original spelling of the name is allowed by the law, which was adopted by the Lithuanian Parliament in January after decades of debates. The law states that in order to change the surname, representatives of national minorities have to officially declare their nationality and prove that their parents, grandparents, or ancestors had the same surname.

In order to change one’s surname, one will have to go to the civil registry office of one’s choice, submit an application through the electronic system, or send it by registered mail or courier.

Civil registry offices say that since the changes came into force, they have not yet recorded an influx of such applications. In Vilnius, for example, nine applications have been filed so far, Vilnius City Hall representative Paulius Vaitekėnas told BNS news agency.

Meanwhile, the Vilnius Region Civil Registry Office has not received any such applications so far.

Politicians will also change their names

Soon the names and surnames of some well-known politicians will have different spellings.

In an interview with BNS, Justice Minister Dobrovolska confirmed that she has already submitted such a request. She will be joined by Tomaševski, whose surname will be Tomaszewski after the change.

“I am going to do it, it is important for me. Our community has been asking for this for years, so I will definitely take advantage of it,” announced the MP.

However, not all Poles in Lithuania will be able to change their name or surname for the time being, because the current legislation does not yet provide for the possibility to use diacritics in the spelling of names and surnames in identity documents.

Before the law was passed in January, Prime Minister Ingrida Šimonytė and Justice Minister Dobrovolska supported the proposal to allow the use of diacritical marks in identity documents but said that the debate on the issue could continue at a later date.

At the time, they said that allowing diacritical marks in proper names would require updating national registers, which would make it difficult to implement the decision to allow the letters “q”, “w,” and “x” in passports more quickly.

Tomaševski says his two sons, Paweł and Władysław, whose original names contain letters with the non-Lithuanian diacritical mark “ł”, will not be able to write their names in their original form for the time being.

In the Parliament of the Republic of Lithuania, two very important for Poles in Lithuania amendments…
Znad Wilii March 4, 2022

On February 26, a 100-person delegation of athletes from the city of Vilnius as well as…