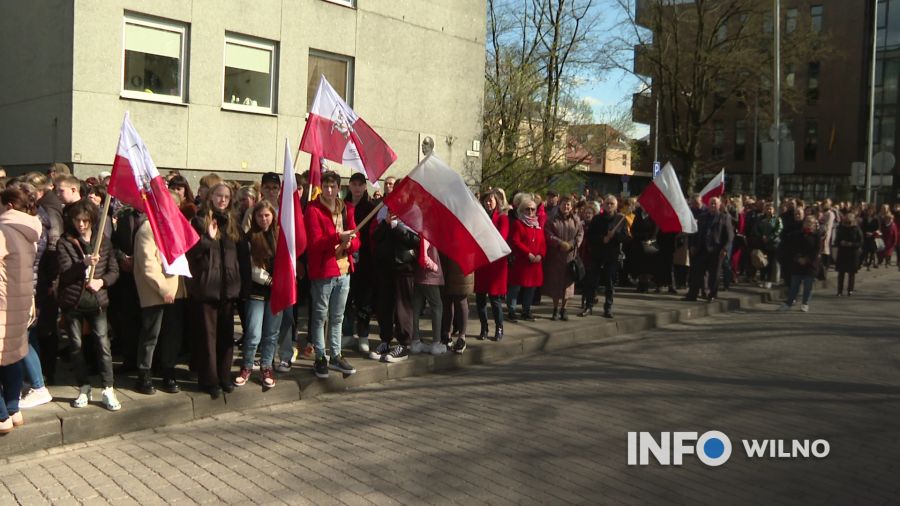 Parents, students, and teachers of two Polish schools in the Trakai region seek US diplomats’ support. As they claim, the United States is a country that ensures respect for human rights and the rights of national minorities.

According to the protesters, the United States is the greatest guarantor and defender of democracy and human rights in the world. Therefore, the communities of Andrzej Stelmachowski Elementary School in Senieji Trakai and Longin Komolowski Middle School in Polukhin decided to protest here-in front of the American diplomatic post in Vilnius.

About 150 people took part in the rally. Representatives of parent committees of both schools handed American diplomats a resolution with the demands of school communities. They hope that the Americans will hear the protesters’ requests and that they will support their efforts to defend the schools from further degradation.

The parents and school community are also hoping that the Polish authorities will convince Lithuanian officials to halt the reorganization of the two facilities. This topic was raised during last week’s official visit of the delegation of the Lithuanian Parliament in Warsaw.

And in two days, on April 28, a meeting of the Council of the Trakai District Self-Government will be held. Councilors will discuss how to reorganize schools in the region.

On March 31, during the online council meeting of the local government of the Trakai District,…
Znad Wilii February 24, 2022