Russia deploys well-known tactics in Ukraine: choose neither the victims nor the measures. 39 countries address the International Court of Justice in The Hague 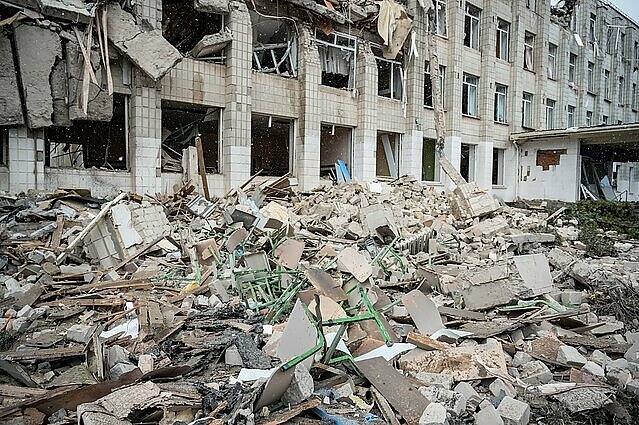 After Russia underestimated Ukraine’s ability to hold its ground against attacks and failed to achieve quick and easy victories, fires were opened, and the country’s cities were brutally bombed. Moscow has already tested this type of shooting before in Syria and Chechnya. Cluster munitions that are banned by international conventions are being dropped on urban settlements. They are extremely dangerous to civilians even though they can be useful for military purposes. Their purpose is to break the spirit of people and wreak havoc. A war crime is a deliberate shooting of civilian and non-military objects that are observed on a daily basis throughout Ukraine. An unprecedented number of states have approached the International Court of Justice in The Hague – 39, including Lithuania. The Court has sent a team of investigators to Ukraine. However, whether the leadership of the Kremlin and the Russian army will fight against the justice will depend not only on the way the war ends but also on how the investigators of the Court in Hague will link the cruel facts to the orders given and whether they will succeed in doing that. Since the establishment of this Court, the amount of suspected war criminals that have escaped justice in The Hague has increased and fewer criminals have been convicted.

Translated by Monika Ivanavičiūtė within the framework of a traineeship programme of the European Foundation of Human Rights, www.efhr.eu.

UN: During the War in Ukraine at least 364 Civilians Have Died

Lithuania, like other European Union countries, is taking Ukrainian war refugees. Among them are also children,…
L24.lt March 10, 2022