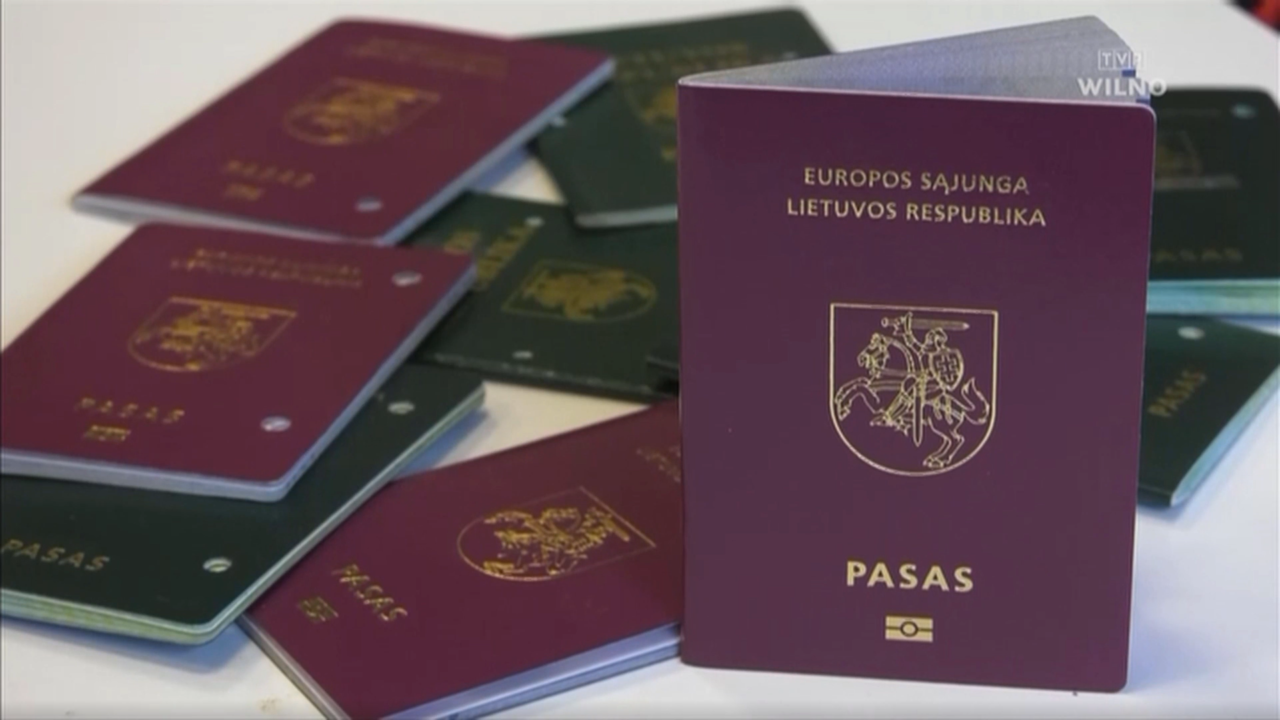 Fist court case regarding the use of diacritical marks in Lithuanian documents has been won. Vilnian regional court allows putting a letter “ń” in a passport.

The regional court in Vilnius ordered the Vilnian Registry Office to change the spelling of the last name of a Lithuanian woman who married a Polish man. After the court decision, the last name “Mulerskaitė-Vaczynska” will be spelled out in documents as “Mulerskaitė-Waczyńska”.

“After the evaluation of circumstances of this case and the argumentation of both sides, it can be said that the decision against [the change] would be a violation of the principle of proportionality of justice and could cause significant inconveniences with the spelling of last names among the members of the same family. Therefore, the request is valid and has been ruled in favor of the family”.

The court asks the Commission of the Lithuanian Language for an opinion every time a verdict has to be made.

“Names and last names should be written down using the Lithuanian alphabet, but after taking into consideration social demand, there are exceptions. One of them is female Lithuanian citizens marrying foreigners”.

People who go through court proceedings to have their names recorded in original form are aided by the European Foundation of Human Rights.

Agata Palińska from the Foudation says:

“This is the first court decision in which the court allowed the use of the diacritical marks in an official document. This change will result in a release of a new copy of the marriage certificate and other official documents, including a passport”.

Barbara Jundo-Kaliszeska, PhD, from the University of Łódz:

“We are talking about a certain progress which is worth taking note of, worth appreciating, although it should be treated as another step in regulating the rights of minorities in Lithuania”.

After the adoption of the bill regarding the original spelling of the last names which allowed the use of letters “q”, “w”, and “x”, Lithuanian President Ingrida Šimonytė said that the discussion about the use of diacritical marks in official documents will start if those applications are ruled positively by courts. This is the first such case.

Translated by Maciej Nowocień within the framework of a traineeship programme of the European Foundation of Human Rights, www.efhr.eu.

A court in Vilnius allowed the diacritical mark in a document. “There is no evidence that non-Lithuanian letters are harmful to the public.”

Establishment of a New Sports Center for the Vilnius Region

In the Parliament of the Republic of Lithuania, two very important for Poles in Lithuania amendments…
Znad Wilii February 24, 2022