Conservatives propose establishing a special fund for the Vilnius region 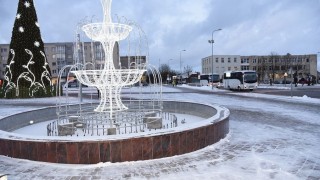 Conservatives do not stop trying to appoint the Development Fund of South-Eastern Lithuania, independent of local authorities. The parliament of Lithuania has repeatedly rejected drafts of the issue raised by MPs on behalf of the Homeland Union – Lithuanian Christian Democrats. Before Christmas a group of MPs and a few liberals re-registered the bill on the establishment of a special fund for the Vilnius region at the office. “South-East Lithuania,the regions of Vilnius and Šalčininkai, statistically they are more backward in comparison with other regions of Lithuania, although, due to proximity of the capital, it should not be like this. Unemployment – higher, crime rate – higher, wages – lower, foreign investment – lower. And that means something is not right”, so the need for the establishment of a fund to support the Vilnius region justifies an MP, a Conservative Paulius Saudargas.

One of arguments used by initiators of the project are results of a public opinion poll, carried out in 2016 among representatives of national minorities. The results show that Poles and Russians living in Lithuania support the policy of Russia and its leader.

“South-East Lithuania is a problem from the point of view of national security, as evidenced by these studies: it is the problem also because regions surrounding the capital would have to benefit from this, and they are backward in terms of welfare. In a situation where it is connected with patchy ethnic composition, it can program specific challenges and problems, and, of course, influence of other countries on the internal policy of our country”, says conservative deputy Laurynas Kasčiūnas.

According to deputies, the problem of the Vilnius region lies in the fact that power in regions of Vilnius and Šalčininkai belongs to one party – the Electoral Action of Poles in Lithuania – Christian Families Association. Therefore, a special fund should be established to finance various social, sport and cultural projects directly from the state budget, bypassing local authorities.

“The purpose of this fund is to eliminate the influence of self-governance on the region. Self-governance is practically in the hands of one party, namely the Honorable Waldemar Tomaszewski. All financial decision are actually in his hands, so residents have become hostages, subject to one czar”, says Kasčiūnas.

The leader of currently ruling Peasant and Greens Union, Ramūnas Karbauskis, also did not support the idea of conservatives. In his view, results may be counterproductive: instead of consolidating residents, the fund will set them at loggerheads.

“As far as I am concerned, the previous government adopted many decisions aiming at strengthening regions – the current government has the same plans. There is no need to distinguish this or that region. This could even be seen as a not very patriotic goal of setting one region apart. People who live there (in the Vilnius region) are citizens of Lithuania and we have to treat them the same way”, said Karbauskis.

According to the head of the parliamentary fraction of AWPL-ZchR Rita Tamašunienė, a special fund for the Vilnius region is not necessary; what is necessary is strengthening of self-government, because local governments solve local problems best.

Wołkonowski: Poles are victims of the Kremlin propaganda

Celebrations in Bogušiai: The military operation “Ostra brama” was finished there

“In this place, we need to imagine what they felt,” said Artur Kondrat, the president of…
Znad Wilii May 30, 2017