The New School Year in Figures 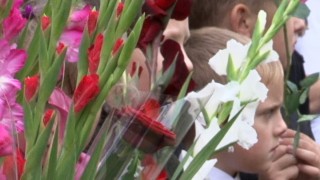 On the 1st September, the new school year will begin for 328 thousand pupils in 1185 comprehensive schools. It is going to be the first year of studying for 30 thousand of seven-year-olds and the last one for almost 28 thousand students of graduation classes. 1101 first-graders will start studying in the Polish schools in Lithuania.

Compared with the last school year, the number of schools and students has decreased: in 2015, 1191 secondary schools worked in Lithuania, which were attended by 335 thousand students. At the same time, however, the number of the first-graders is bigger when compared to 2015. There were about 29 thousand of the first-graders in 2015. This year, for the first time, the group of students will be joined by six-year-olds. Since the 1st September 2016, there is a compulsory pre-school education in Lithuania. Over 30 thousand students will start in the preparatory classes.

As the Ministry of Education and Science informs, 209 educational institutes and 11 school pitches have been renovated during the summer holidays. In the Vilnius region, in Avižieniai, the department of education has built a new Lithuanian kindergarten. One million euros was spent on the repairs of the boarding houses. The department has also purchased 82 more boarding houses, which have already been handed on to the educational institutions. 500 thousand euros was channeled for computerizing the workplaces of teachers.

Declaration of the Joachim Lelewel School

The Poles of the Vilnius Region have achieved the first victory in the fight for their…
TVP Wilno April 19, 2022