Recruitment for studies has finished 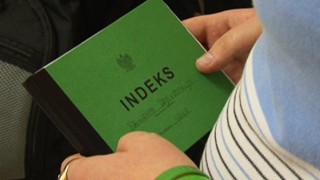 On the 1st of September, nearly 23.5 thousand first-year students will start their studies at universities of Lithuania. 14 832 of them are this year’s graduates from high schools and middle schools. The number of students accepted at universities is almost 10 percent lower comparing to previous year.

According to the Association of Universities in Lithuania, in general Lithuanian recruitment system, there were 30 931 applications for admission submitted. 23 468 people were accepted. 13 914 students were admitted to studies funded by the state; 9 286 students got into paid studies and 592 students managed to get into target studies.

Among the candidates, there were 182 persons of Lithuanian origin from foreign countries. 103 persons of them got into college. They are citizens of Poland, Great Britain, Russia, Ireland, the USA, Belarus and Norway.

Although the centralized recruitment system is now closed, some universities have announced additional recruitment for vacant places at paid studies. If someone did not get into college, and really want to study, and above all – can afford it – it could be reported directly to the admissions committee at a selected universities. Further recruitment will be held, among others, to study Polish philology at the Educology University of Lithuania. These are paid studies, the study costs will be however entirely covered by the supporting institutions from Poland.

Academic year, as well as the school year, begins in Lithuania on the 1st of September.

Rasos Cemetery – a ‘must see’ while visiting Vilnius

The parents of the students of the Lelewel School are worried – when will the renovation be finished?