Report: Despite ensuring rights for sexual minorities Lithuania has been ranked in the 36th place out of 49 European countries 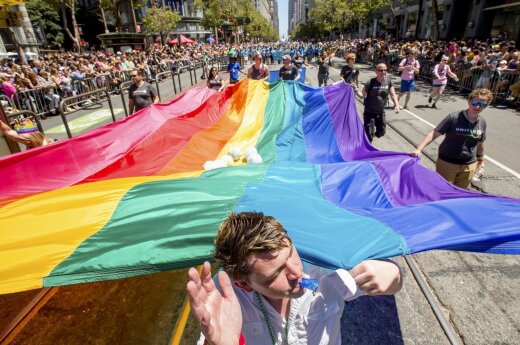 According to data presented by non-governmental organizations, rights of sexual minorities in Lithuania are provided  more efficiently than in the vast majority of post-soviet countries. However, it appears that the level of sexual discrimination is substantially higher than in Western Europe.

The report has examined legislations concerning such issues as equal rights and non-discrimination, the right to civil partnership and marriage, hate speech, legal recognition of a sex change, freedom of expression, and a possibility of being placed in an asylum due to sexual orientation or gender identity harassment.

Lithuania is ranked significantly above Russia (48th) and Belarus (43rd).  However, among countries ranked slightly below Lithuania are Poland (37th) and Latvia (38th).

Authors of the report have pointed out that president of Lithuania Dalia Grybauskaitė and  mayor of Vilnius Remigijus Šimašius seemed to be favorably disposed towards rights of sexual minorities.