Orphanage in Pabradė is to be closed 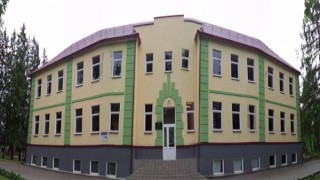 On December the 30th, the official closing ceremony of Orphanage in Pabradė is going to take place. The building is being destroyed within the framework of the governmental programme of liquidating big orphanages. The children will be placed in family orphanages. The orphanage in  Pabradė was said to be one of the „Polish” orphanages in Lithuania.

The orphanage sheltered children of Polish ethnicity from both Švenčionys and Vilnius Districts. Some of the children were orphans but most of them had parents whose custody was restricted or suspended.

Before the closing, 32 children lived in the orphanage.

Reorganisation of the building started in the autumn of 2015. „After the reorganisation children will be living in smaller communities. Owing to that, they will adjust to the life in the society, learn to be more self-reliant, get ready for the adult life. Our goal is for the children to live either in the family or in an environment with a family-like conditions” – said the Minister of Work and Welfare Algimanta Pabedinskienė.

Children who lived in care and educational centres will now live in smaller groups in flats and private homes under the care of adults. They are still going to have access to a psychologist, attend the same school and engage in extracurricular activities.

Before the care system reform, there were 95 active orphanages in Lithuania which housed more than 3,5 thousand children. The cost of financing the orphanages is around 40 million euros per year. Gradually, by 2020 all orphanages are going to be liquidated, the children are going to be placed in foster families or in communities of several people.