Valentinas Mazuronis: We need to preserve schools of national minorities 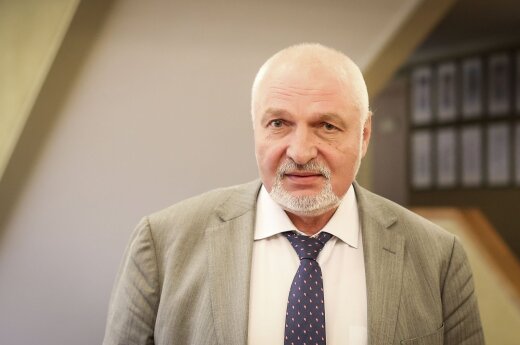 Leader of Labour Party and MEP Valentinas Mazuronis expresses his regret at the fact that the Prosecution General rejected his motion to pursue an investigation into public proposition of the former Chief of National Security Deprtment Gediminas Grina to liquidate schools of national minorities.

According to V. Mazuronis, this public appeal of former high-ranking official in reference with the liquidation of schools of national minorities constitutes an act of instigating national disagreement, therefore, the reaction of law institutions should be very serious. “It is a shame that the Prosecution General did not recognise the statement of former Chief of National Security Department as instigating disagreement and aiming at mutual agitation of Lithuanian citizens. I am convinced that in a current geopolitical situation such statements are very dangerous and directly harm the Lithuanian nation, hence, they should be treated very seriously. It is a shame that the Prosecution General does not perceive it that way”, – says the leader of Labour Party.

A member of Labour Party, Vilija Filipovičienė, shares Mazuronis’s opinion. Many representatives of national minorities were outraged and asked a lot of questions in connection with G. Grina’s statement. “Lithuania has enough national minority problems without such statements. This proposal is going to exacerbate the situation even more and certainly it is not going to contribute to seeking of constructive dialogue. We cannot allow to harm a harmonious cohabitation of all nations in Lithuania and to the people to be against each other. Such words of former high-ranking official are also in breach of international and national commitments of our country which should undoubtedly result in taking the responsibility”, – said the member of Labour Party Vilija Filipovičienė. She also stressed that the party will do everything to prevent closing of schools of national minorities.

500PLN Financial Support for Polish Students in Lithuania, Since the 1st of September 2016

Artur Górski: “Supporting Poles in the Eastern Borderlands is our moral obligation”