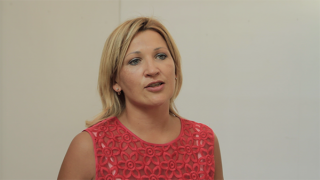 Admittedly, schools for national minorities cannot count on charity from the coalition ruling in Vilnius, however, as for now, they win the fights for their rights in courts. This time, the municipality’s decisions about two schools: the Russian Aleksander Puszkin high school and the Polish Lazdynai high school in Vilnius were suspended. “Students taking the Matura exam this year as well as others who attend the school found themselves in a very difficult situation – the councillor of the city of Vilnius Edyta Tamošiūnaitė told Wilnoteka – even a few days before the school year started, they did not know where they would be continuing their education”.
“Leszczyniaki” can stay calm – a few days before the start of a new school year, the District Administrative Court in Vilnius suspended the decision of the Vilnius municipality according to which the school was to be degraded to an elementary school by 1st September 2015. In “Leszczyniaki”, there will be grade 11 functioning this year.
It is not hard to imagine how the students, teachers, and parents feel in this situation. As the Vilnius councillor Edyta Tamošiūnaitė told Wilnoteka, the municipality proposed a strange solution according to which the students would continue education in their old school while officially attending another one.
“Let anyone who can comprehend this do it! We will not try to understand what motivates creating these kinds of solutions” – Edyta Tamošiūnaitė says about the students’ difficult situation and the ideas of the coalition ruling the city for making it better.