Lithuania placed 31th in the ranking of media freedom 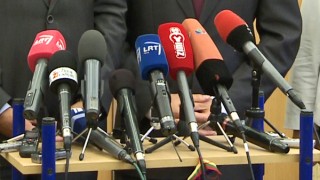 In the latest World Press Freedom Index, Lithuania has got 31th place among 180 countries from all continents. The ranking concerning media freedom has been presented by the worldwide known organization Reporters Without Borders. This year, Lithuania was assessed worse than its neighbours, Poland and Lativa.

‘We noticed the general deterioration in this field and this is related to many factors, such as the occurrence of infowars or actions taken by private media groups, acting as they were despots of information’, claims the director-general of Reporters Without Borders, Christophe Deloire. ‘Last year in the press environment was marked by severe decline of the freedom of information. Two out of three countries taken into consideration in the ranking has obtained worse results in comparison with the previous annual report’, he emphasised.

Andrius Kubilius, the leader of the parliamentary opposition: I love Poland, but I do not love Tomaszewski

What kind of investments made Šalčininkai District Municipality?