Minorities will decide who wins the election in Vilnius 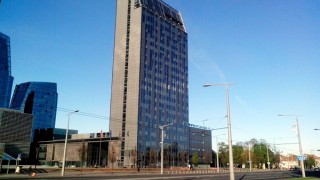 Public opinion polls carried out on behalf of some of the parties in the election suggest that the mayor of Vilnius will be selected in the second round. The leader of the poll is the current mayor Artūras Zuokas. According to some surveys, his opponent in the second round will be liberal Remigijus Šimašius, others point to the leader of Electoral Action of Poles in Lithuania (AWPL), Waldemar Tomaszewski.

Virginijus Savukynas, a publicist, said that a few months ago he thought that A. Zuokas has no chance for a fourth term, but since then the situation has changed: for a few months conservatists  could not decide who to put in the election of the mayor of Vilnius, while ratings of A. Zuokas increased. In his opinion, to the second round can get both R. Šimašius and W. Tomaszewski. “It can be a Pole, since it is known, what is the ethnic composition of Vilnius. It depends on how many of its electorate appear at the election. R. Šimašius also has a chance for the second round, because Vilnius is a city of young people, a lot of students live here, for whom liberal ideas are attractive, “- says V. Savukynas.

“I wish it was R. Šimašius, I’m not sure if it won’t be W. Tomaszewski (in the second round – ed.). This will depend on whether after a failure of Majauskasa Mykolas in the first round, the Liberals and Conservatives agree on cooperation in the second one. Will conservatives support Liberals’ candidate, or will they let W. Tomaszewski win”-  predicts Jurga Tvaskienė, a publicist.

Vytautas Dumbliauskas, a political scientist, lecturer at the University of Mykolas Romeris in Vilnius predicts that to the second round will get A. Zuokas, and his opponent will be W. Tomaszewski. In his opinion, R. Šimašius is less likely to success. “I suppose Tomaszewski has greater chances. His electorate is disciplined, and in addition he will also strive for the votes of the Russians” – said V. Dumbliauskas.

Political scientists and journalists point out that most of the candidates before the election try to gain the votes of minorities. “That’s the key. The one who is able to gain the support of the Poles and the Russians in the second round wins. So, in a sense, they decide who will become the mayor of Vilnius” – says V. Savukynas.

According to Jurga Tvaskienė,  officers of lawfulness behaved very unwisely making the revision in Russian schools. “It should has been handeled differently, they shouldn’t have entered the class during the lesson wearing masks. This angered the Russian community, most of them are now of the opinion that by this action Tomaszewski got a ” weapon ” in his hand. Now he has strong support in the Russian environment” – said J. Tvaskienė. Many Russians were also outraged that some Lithuanian politicians in the summer of 2014 demanded dismissal of the Russian culture Day celebrations in Vilnius. A. Zuokas then gained additional points of Russian-speaking residents of the capital, who not only has not revoked permission to hold the event, but even he personally came to it.

Virginijus Savukynas notes that before the election, all the candidates are trying not to provoke discontent of specific groups of voters. “Before the election no important decisions that someone might not like are being made. So, in order not to irritate the voters, decisions are postponed,” – said V. Savukynas.