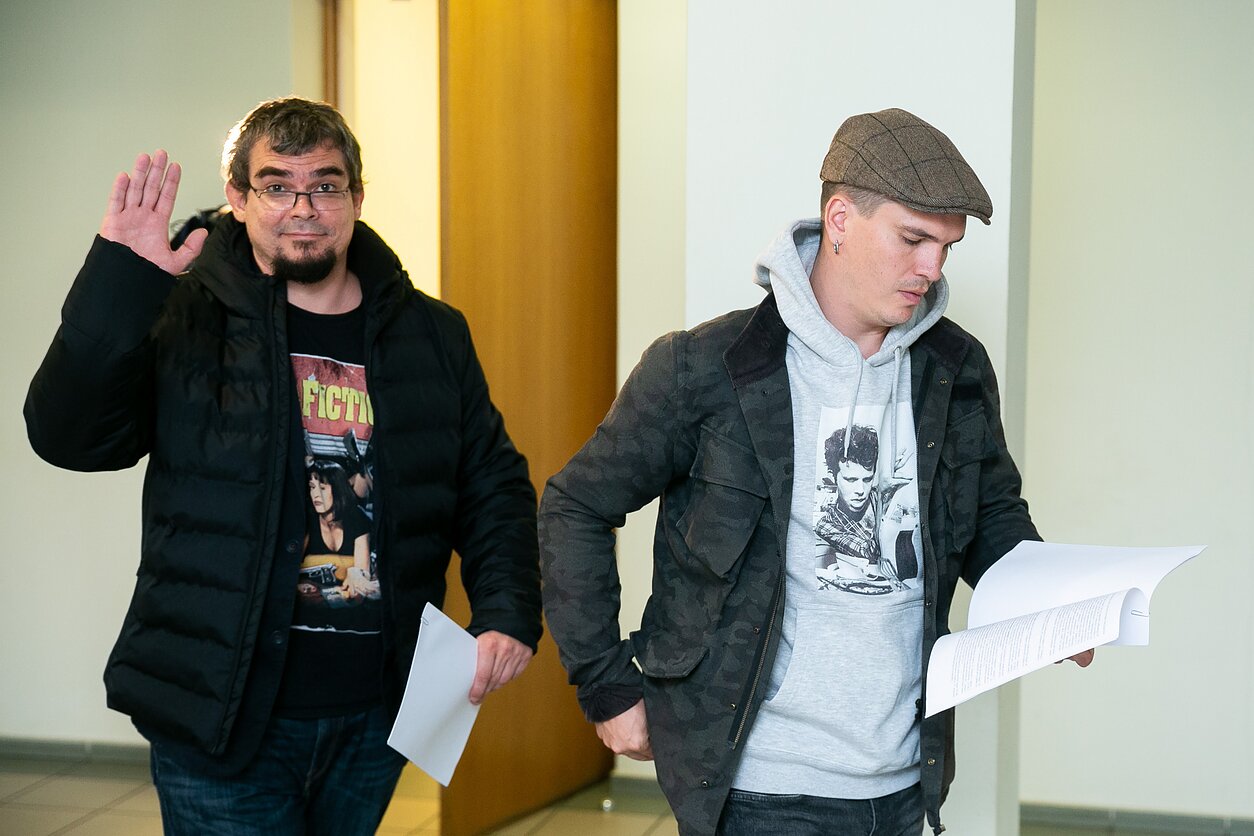 On Tuesday, the Šalčininkai Chamber of the District Court of Vilnius Region fined actors and the director promoting ‘Zero Live Show’ at the Turgeliai St Church, but released them from further prosecution.

The court decided to exempt all accused individuals from further investigation, as the nature of the offence was minor and instead, to apply punitive measures – fines, which will be paid to the Crime Victims’ Fund.

Only E. Vėlyvis and M. Papinigis made an appearance at the court hearing.

‘We understand that those fines are set by the law, therefore we responded adequately,’  E. Vėlyvis told reporters after the hearing.

Therefore, he is not going to appeal the court’s decision.

‘If the court so decides, they will have to pay. (…) into the accounts of the victims, it is not a pity to do so,’ the director said.

Meanwhile, prosecutor Stanislavas Barsulas asked the court to impose a €7,000 fine on the actors and €10,000 on the director.

According to the prosecutor, the behaviour of said individuals disrupted the prayer, forcing the priest to abruptly end the confessions.

Both actors and the director were convicted for deliberately disrupting church service during the Žolinės celebration in August last year.  This prayer house in the Šalčininkai district is frequented by Polish believers.

They spoke in Polish about the ‘Zero Live Show’ at the Siemens Arena, offering and sharing fake rolls for the faithful gathered.

At that time, believers were gathered to worship, pray the rosary and give confessions.

The government will deal with the issues of national minorities

Problems of the Vilnius branch of the University of Bialystok