Lech Kaczyński will be commemorated in Vilnius and Maišiagala 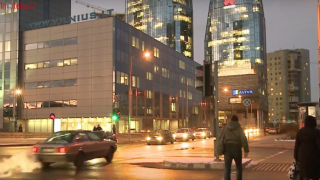 The official ceremony of unveiling the plaque with the name of Lech Kaczyński Street will take place at 4 p.m on Thursday, November 8 in Vilnius. The grand opening of the Lech Kaczyński square and the unveiling of the commemorative plaque at the Museum of the prelate Józef Obrembski also will be held at noon on the same day in Maišiagala, Vilnius region.

On February 7 of this year, the City Council made a decision to name the small street in Šnipiškės after tragically deceased Polish President Lech Kaczyński. The street placed next to the local government building, stretches from Lvovo Street to the planetarium, crossing the Konstitucijos Avenue. The choice of a place, small and disordered street in Śnipiszki, was the subject of heated discussions. Especially because it was previously proposed to name after Lech Kaczyński a street in the center of Vilnius, next to the Main Post Office.

During the discussion, the Mayor of Vilnius, Remigijus Šimašius, argued that the place is prestigious: “The name of Lech Kaczyński Street was given to the street in a very prestigious place in Śnipiszki, next to the seat of the Vilnius local government. It crosses one of the larger avenue of Vilnius, Constitution Avenue.” The Wilnoteka report from this meeting you can view here.

The ceremony of unveiling of the street name sign will take place a few days before the 100th anniversary of Poland’s Independence Day. The Prime Minister Saulius Skvernelis, mayor of Vilnius Remigijus Šimašius, vice mayor Edyta Tamošiūnaitė, ambassador of the Republic of Poland in Lithuania, Urszula Doroszewska and other guests will attend the ceremony. Also will perform Polish Artistic Song and Dance Ensemble “Wilia” and the “Jauna muzika” choir.

On the same day, at 12 p.m similar ceremony will take place in Maišiagala. On January 26, Vilnius Local District Council decided to name after Lech Kaczyński the square in front of the Houwalt court.

Maišiagala as a place of commemoration of the tragically deceased President of Poland was chosen by no coincidence. During his first visit to Lithuania on March 14, 2006, Lech Kaczyński with the Lithuanian President Valdas Adamkus visited the patriarch of Vilnius, the prelate Józef Obrembski on the eve of his 100th anniversary.

November 8, the plaque commemorating this event will be revealed at the Museum building of the prelate Józef Obrembski, as well as will take place the official ceremony of unveiling the plaque with the name of the square named after Lech Kaczyński. At 2 pm, the Holy Mass in Polish for the intention of the Republic of Poland and mutual friendly cooperation between the nations of Poland and Lithuania will be celebrated in the Vilnius Cathedral.

Translated by Iryna Lehenka within the framework of a traineeship programme of the European Foundation of Human Rights, www.efhr.eu.

“The position of the Jewish community is unambiguous – the name of Kazys Škirpa Avenue should…
L24.lt June 27, 2019