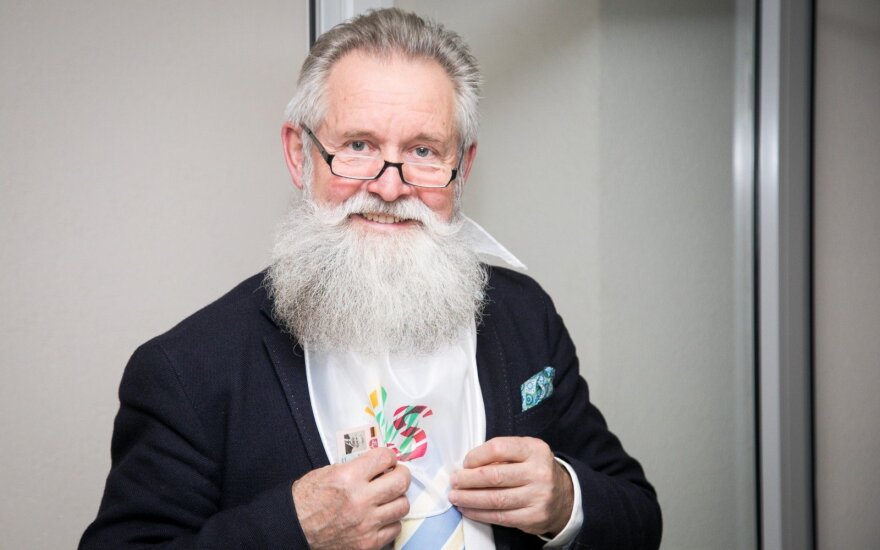 Social Democratic party has drafted a new legislation regarding national minorities. It would allow municipalities to use a language of the people that live there along with the national language.

The legislation on national minorities was signed by all seven members of the Social Democratic Party.

In addition, according to the proposal, public information and primary legal aid provided by municipal institutions in such municipality could be provided not only in Lithuanian but in the language of that national minority.

The proposal would also legitimise names of the streets, locations and institutions that are written in a language other than Lithuanian. In this case, it is suggested that the composition of the population should be taken from the eldership, not municipality.

“In the territory managed by the eldership, in which the national minority, based on the latest census of the general population, represents at least one third of the total population of the municipality, names of residential areas, streets, public administration entities, topographical signs may also be written in a language of the national minority”, – extract from the proposal.

Such signs and signage would have to be approved by a majority of people by means of conducting a survey.

The initiators of the legislation state that their goal is: to ensure the rights of people that belong to national minorities at the law-making level, to accomplish state pledges to maintain and uphold the traditions, cultural, linguistic and religious identities of national minorities.

“When taking into account the geopolitical situation of Lithuania in recent years, one of the key tasks of ensuring national security is the prevention of the division of the public. Polish national minority finds itself in a particularly sensitive situation as they have previously raised the issue of linguistic identity. Proper transposition of the rights under the Framework Convention for the Protection of National Minorities would resolve a number of long-standing controversies and unnecessary tensions with a strategically important partner Poland which is critically important to our security”, – extract from the explanatory document.

The proposed legislation was registered in the Secretariat of the Seimas on Thursday, when the Polish president arrived in Lithuania for the first time in eight years.

One of the authors of the legislation Algirdas Sysas told BNS that the visit and the proposal have inadvertently coincided.

“It took us a while to find a common ground so that the proposal would not trigger a heated debate”, – said MP.

He explained that such law is necessary to ensure the rights of national communities.

“Why are there such inscriptions in Italy, Germany, Finland, etc. and not here? In Italy, I have seen signs that were written in three languages. Only we think that if a new letter appears in our alphabet we will immediately stop speaking Lithuanian”, – said A. Sysas.

According to him, on the subject of the writing of locations and street names, the population of elderships should be taken into account instead of municipalities because there are villages with 100% of its population being foreigners.

“There would be an inscription in Lithuanian and next to it – in Polish. It would be a win-win situation.”, – stated A. Sysas.

The Law on National Minorities does not exist in Lithuania as it expired in 2010.

During the last parliamentary term there were attempts to ratify such documents but they did not attain the support of the majority.

According to the data of the Population and Housing census of 2011, there were nationals of 154 countries. Lithuanians accounted for 84.2 percent, Poles – 6.6 percent and Russians – 5.8 percent of the country’s population.

According to the data of the Department of Statistics, 77.8% of the population in Šalčininkai District Municipality were Polish nationals, 52.1% in Vilnius District, 30.1% in Trakai and in Visaginas there were 51.9% of Russian nationals.

Translated by Gabrielius Emilis Graželis within the framework of a traineeship programme of the European Foundation of Human Rights, www.efhr.eu.

Discussions about textbooks to teach Polish language are ongoing

EFHR: Meeting with the Advisory Committee of Convention for the Protection of National Minorities