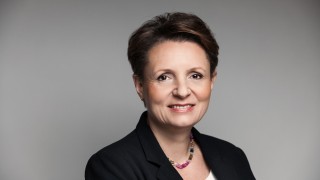 Prof. Małgorzata Omilanowska PhD- art historian, former minister of culture and national heritage of Rzeczpospolita- became an honour citizen of Palanga. The local government council of this Baltic resort appreciated services of this Polish scientist for preserving and wide-spreading knowledge about Palanga, about history of the city. Omilanowska is one of the best judges of resort’s history and also linked to it Tyszkiewicz family.

“Professor Omilanowska is connected to Palanga by long-term cultural bounds with the scientific roots. Granting her a title of Honour Citizen of Palanga is another proof for how much we appreciate her unique contribution in cultural life of our city”- said mayor of Palanga Šarūnas Vaitkus.

The decision has been made during the last meeting of Local Government Council of the Palanga city in the year 2016. As it was marked in the justification, this is an expression of thankfulness for the Polish scientist, the researcher of resort’s history and the story of Tyszkiewicz family. The aftermath of her research was publishing her monograph in 2011 called “Nadbałtyckie Zakopane. Połąga w czasach Tyszkiewiczów”.

Publication of the book is the first try to describe a part of Palanga’s history as a health resort during times when it became one of a few most important places of summer meetings of cultural elite of Poland which was divided into rapes. The “Tyszkiewicz family times” described by the author include 25 years at the turn of 19th and 20th c. “I was looking for an answer on a question what exactly was that place, one of the last created under the old order of Polish-Lithuanian Commonwealth which at that time was not existing for already a hundred years at that time but still alive in minds of the community of that time. Place which had been created by Antonina and Feliks Tyszkiewicz, the aristocratic couple belonging to the world where patriotism did not mean the choice between Poland and Lithuania but the loyalty to old ideals and catholic Church, the pursuit towards regaining independence and holding on to positivist value”- the author wrote in the intro.

In 2015 monograph devoted to Palanga has been published in Lithuanian. During the presentation prof. Omilanowska said that she is in love with Palanga.

Prof. Małgorzata Omilanowska PhD is art historian, graduate of History of Art Institute on the University of Warsaw. From 2006 she is an associate professor, and from 2014 a full professor in the History of Art Institute of the University of Gdańsk where she was in charge from 2008 till September 2012. She works also in the Institute of Polish Art in the Academy of Science on the position of full professor. In years 2012-2014 she was also undersecretary of state, and in the years 2014-2015 the minister of culture and national heritage.

The Polish Discussion Club has a new president

Proposition of the group of 3 May: Additional points for knowledge of the Polish language