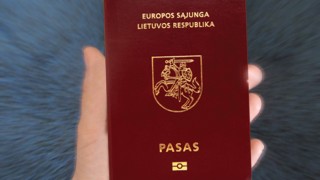 According to the opinion of Saulius Skvernelis citizens cannot be divided into reliable ones and not so reliable ones, and that is why he claims that political parties have to evolve the compromise together concerning the issue of dual citizenship. Liberalisation of law might be done only by the referendum: the majority of citizens in Lithuania would have to agree on changing the appropriate record in the Constitution of the Republic of Lithuania.

“For instance: the division whether or not someone who left to Russia is worth to trust in and can be a citizen of Lithuania- it is a very delicate case. I think that we have to evolve the mechanism, how not to divide potential citizens into better and worse” – said Saulius Skvernelis  during the meeting with the governmental opposition party Homeland Union- Lithuanian Christian Democrats.

According to the Prime Minister’s opinion all political powers should evolve common position in this case, otherwise “we will keep losing our citizens”.

Skvernelis thinks that referendum concerning validation of possibility of having the citizenship of two or even more countries in Lithuania would have to take place along with elections.

Constitutional Court explained that liberalisation of law can be made only by the referendum: the majority of citizens of Lithuania would have to agree on a change of the appropriate record in the Republic of Lithuania Constitution.

No conflict between Poland and Lithuania

Double citizenship is an issue that has long been reoccuring in the work of the Parliament…
L24.lt January 6, 2016

Lithuanian President Dalia Grybauskaitė, has signed the amendments to the Citizenship Law, which will allow the…
Znad Wilii November 9, 2015

Antanas Smetona: original spelling of surnames does not contradict the Lithuanian constitution