Retrospective of Andrzej Wajda in Vilnius and Kaunas 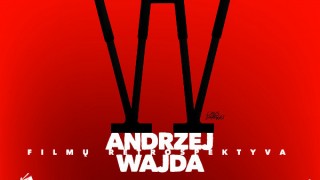 Promoting material of the organizers

From 7th till 11th of December 2016 in Vilnius (Skalvija cinema) and in Kaunas (Romuva cinema) will be taking place the retrospective of Andrzej Wajda.

On the 9th of October this year died Andrzej Wajda, one of the most notable and well- recognised Polish directors, screenwriters, scenographers, the creator of Polish film school. In order to memorialize this noble persona of culture, Polish Institute in Vilnius along with its partners- Institute of Adam Mickiewicz, Skalvija cinema in Vilnius and Romuva cinema in Kaunas are organising the retrospective of the director’s films in Lithuania.

Andrzej Wajda was born in 1926 in Suwałki region. He studied at Academy of Fine Arts in Cracow, then he continued his education in National Film School in Łódź. In his works we will find over fifty films and lots of international awards and honourable mentions. Among the most famous works of his we will find for instance “Kanał” (1957) which was awarded with the Special Jury Award at the 1957 Cannes Film Festival, “Ashes and Diamonds” (1958), “Man of Iron” (1981) that won the Palme d’Or at the Cannes Film Festival, and “Katyń” (2007) which was awarded with over 10 movie awards. In year 2000 director was awarded with an Oscar for the totality of his work. The last film by Andrzej Wajda “Afterimage” (2016) is devoted the painter Władysław Strzemiński. Lithuanian premiere of the film took place at the beginning of November during the Scanorama festival.

The films will be in Polish with English and Lithuanian subtitles.

Radczenko: Will there be another reset with Poland?