The Local Government Council of Vilnius spent 152,000 euro for nearly a hundred of cultural projects 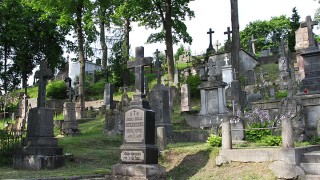 There will be even more cultural events and artistic projects in Vilnius – the Local Government Council has spent 152,000 euro on this purpose. It was one of the biggest grants given this year. Last year there wasn’t a contest that would offer financial support and in 2014 80,000 euro was spent on cultural projects.

“Good news for the citizens of Vilnius – this year we devoted a lot of attention to various cultural events. We have supported 96 initiatives and projects which we believe will enrich the cultural life of our capital city. Those initiatives are small, yet important for residents. Local communities will take part in them. The events will take place not only in the city centre, as we want to bring more culture to more distant districts,” said the deputy mayor of Vilnius  Linas Kvedaravičius.

406 projects tried to receive a grant. The commission of 22 members decided to finance these initiatives that will develop and enrich the cultural life of Vilnius and will involve many people encouraging them to spend time in the city.

Financing cultural initiatives is also a good encouragement to create interesting, innovative and non-traditional projects. For example, in September in Zameczek (Pilaitė) the festival of International Light Festival BEEpositive will be held for the sixth time in a row. It is one of the most interactive festivals in Lithuania . Its organizer, Andrius Ciplijauskas who this year has received funding for the organization of the festival from the local government, said that the money had enabled to enrich the festival with one more interesting event. This event is a sightseeing tour of the old town during which the participants will have a chance to learn about the history of the illuminated buildings.

152,000 euro will be divided into 96 projects of different types, such as visual arts, performing arts, music, cinema, literature and  publishing, cultural heritage, museums, and projects by lovers of the arts. 2,100 euro was given to the project of Vida Girininkienė and Kšištof Tolkačevski, who want to prepare a Polish-Lithuanian compendium “Na szlaku wspomnień. Cmentarz na Rossie ma już 215 lat” that would present information about Rasos Cemetery regarding its rich history and memories of 215 years.

More First-Graders Will Go to Polish Schools This Year

The local government of Vilnius finalized the first step in the digitalization of personal data from…
Kurier Wileński October 7, 2021