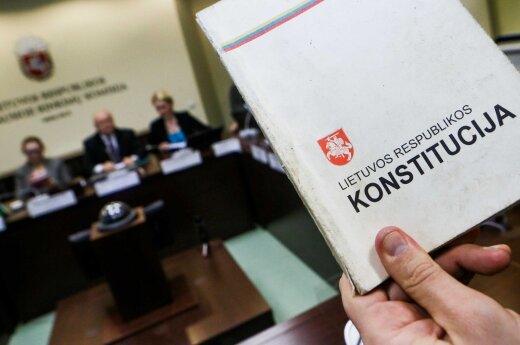 Prime minister Algirdas Butkevičius is willing to make an exception and lower the bar for the referendum about double nationality.

„I am a proponent of double nationality. Lawyers ought to point us towards a reasonable and lawful way that will not violate the constitution. Constitutional court has explained the steps that we have to undertake and I believe that this a right way for us to go.“ – said Butkevičius

„However, if we clearly see that we will not reach our desired outcome by the means of referendum, then the law has to be changed in a way that will require less votes in order to give a positive outcome of the referendum. I feel that it is not a tragedy.“ – says the prime minister.

Social democrats have prepared an amendment to the referendum act. According to the amendment, the change of the article 12 of the Constitution would be legally valid if two thirds of those who went to the ballots would vote for it.

Currently, the support of over 50% of people with the right to vote is needed to change the first chapter of the Constitution.

Lithuanian emigrants express the view that in the current conditions the amendment will not gather the required amount of votes.

The local government of Vilnius finalized the first step in the digitalization of personal data from…
TVP Wilno January 26, 2022