Polish schools among the best in the “Reitingai” school ranking 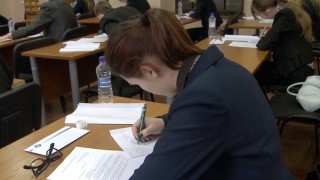 There are now 40 secondary schools with Polish as a language of instruction in Lithuania. Twenty-nine of them have been listed among the best schools there in the most recent ranking in “Reitingai.” The magazine ranking, however, does not offer its readers possibility of comparing standards of teaching in the schools, as it selects them just on the basis of the exam results in particular subjects.

Authors of the ranking evaluated schools on the basis of this year’s Matura exam results in the following subjects: Lithuanian, English, German, French, Russian, history, mathematics, information technology, biology, chemistry, geography, and physics. In each category 50 best schools were chosen (out of approximately 450 secondary schools functioning in Lithuania).

Similarly to the previous year, none of the Polish schools is mentioned among the 50 educational institutions which teach Lithuanian language the best. Józef Kwiatkowski, a member of the Seimas of the Republic of Lithuania and the chairman of the Association of Polish Schools Teachers in Lithuania “Macierz Szkolna” [trans. Educational Society], thinks that another possibility could not be expected, “The introduction of a unified exam in Lithuanian lowered grades in national minorities’ schools.”

“Reitingai” publishes also a ranking of primary schools and progimnazjums [an incomplete secondary school with just a few lower grade levels; translator’s note] on the basis of the school olympiad results in various subjects. In the last year’s ranking the Władysław Syrokomla Secondary School in Vilnius was placed second, and this year it is also mentioned among the best, in the 25th place.

According to Józef Kwiatkowski, the ranking results indicate that Polish schools are as good as the ones with Lithuanian as a language of instruction. “In every category chosen by the authors of the ranking there are at least a few Polish schools. Some of them have high results even in several subjects. For instance, the secondary schools in Nemenčinė and Maišiagala are among the best in the whole country according to the results in four exams, and the secondary school in Mickūnai – in three. The Joachim Lelewel Secondary School, which is refused to be accredited by the educational authorities and which the municipality wants to displace from the current building, has one of the best results in history and mathematics in the country. The Konarski and Lazdynai schools, which have been downgraded to primary ones, are on the list of the best as well. It affirms that the Polish schools are competitive,” Kwiatkowski pointed out in an interview for Wilnoteka.

However, Czesław Dawidowicz, the headmaster of the Adam Mickiewicz Secondary School, is sceptic about the most recent ”Reitingai” ranking. “The ranking authors didn’t work very hard: they just published the data of the National Examination Centre. I think that the school ranking made annually by the “Macierz Szkolna” is more earnest and reliable (the Ranking of the Best Polish Schools is compiled on the basis of fifteen criteria; editorial note]. One student’s result in one exam does not yet proclaim that in their school this subject is taught in a proper way. Probably such a student prepared to this exam outside the school; maybe he or she took private lessons. It is not a secret also that some teachers are afraid that a student will not manage in the Matura exam and get a bad grade, thus lowering the school results, and so they advise them against taking it. In our school we follow the rule that every student should be given a chance to check his knowledge and abilities. Every year we analyse in detail the Matura exam results in each subject, compare the grade from the annual evaluation and the exam, and draw conclusions,” Dawidowicz said.

In this year’s “Reitingai” ranking, according to the results in chemistry, the Polish schools from the Šalčininkai region stood out: the Michał Baliński Secondary School in Jašiūnai won the first place; the secondary schools in Eišiškės, Turgeliai, and Butrimonys appeared on the list as well. The Jašiūnai secondary school owes its position to Dariusz Bogdan, who got 97 points in the chemistry exam – it was the best score in the whole country. Admittedly, he was the only student is his school who took the chemistry exam. The good student’s score jacked the school up to the first position.

It is undoubtedly the Jašiūnai student’s success; however, Lithuania cannot boast about its schools’ successes – not only Polish ones, but Lithuanian as well – in the field of the sciences. Mostly very few students pass the Matura exam in such subjects as chemistry, physics, IT, or geography.

The authors of the ranking claim that it is the personality and work of both a headmaster and particular teacher that decide about the success of any school. Chairman of the “Macierz Szkolna” Józef Kwiatkowski also says that there are teachers by vocation in schools, the so-called strugglers, but at the same time he admits that some “bleeding wounds” can be found in the education system.

„There is only one hour per week that is dedicated to physics in the seventh grade. What can a student learn during 45 minutes a week? The physics teacher is therefore forced to work in three schools at the same time, so that he or she works full-time indeed. The Lithuanian University of Educational Sciences does not train physics teachers any more. In a few years there will be shortage of biology teachers. When it comes to these subjects, we have a closed circle: retired teachers do not quit their jobs, as they would not be able to live on the retirement only, and the young ones do not want to work at schools, because teachers’ earnings are small. Generally speaking, a teacher’s profession loses its status. There is no respect to their work. They earn so little that they cannot afford to go to the theatre or buy a book – they just think of how to survive. Students can see it and it does not encourage them to perform such a job in the future. Yeah, we can fantasise about vocation, patriotism, but it is money that has the final word. Indeed, we did not have the teachers’ strike this week accidentally. It shows that bad things happen in the area of education,” Józef Kwiatkowski contemplates.

But as not to end in such a pessimistic tone, it is worth to quote yet another ranking according to “Reitingai.” Among 35 schools in Lithuania in which the youngest teachers work three schools with Polish as a language of instruction have been listed. The teachers’ average age in the Lavoriškių Secondary School (10th position) and Primary School in Kyviškės (13th position) amounts to 36, and in the Czesław Miłosz Primary School in Pakenė (16th position) – 37.

Former head of the Security Department: Schools of national minorities must be closed