The Department of National Minorities divided the subvention for national minorities 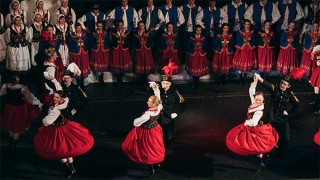 The Department of National Minorities, which has taken the duties of Ministry of Culture to decide on matters of national minorities since July 2015, announced the results of the contest granting funds for various activities of the Lithuanian minority organisations in the second half of 2015. The given amount was 31,000 Euro. Among 44 funded projects, only 6 were submitted by Polish organisations.

Exceptionally, in year 2015 the contest was announced twice: in the first half of the year the grant was given by the Ministry of Culture (52,000 Euro in total), and in the second half the Department of National Minorities (31,000 Euro in total). In year 2014, Ministry of Culture of the Republic of Lithuania appropriated in total 288, 000 Lithuanian litas (over 83,000 Euro) for national minorities’ grants. About 67,000 Lithuanian litas (19,400 Euro) were distributed for Polish projects.

The Department of National Minorities informs that for the contest announced in August 2015, from 98 applications sent, 44 were chosen. Those are the projects submitted by organisations associating Belarusians, Armenians, Azeris, Greeks, Russians, Jews and Tatars living in Lithuania. Full list of projects that were given grants is here [document available in the original text].

On the list of the recommended applications there are 6 Polish projects prepared by organisations and institutions from Vilnius area (5,800 Euro in total):

Butkevičius accuses the AWPL of populism