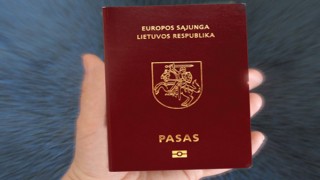 During the autumn session, the Lithuanian Seimas is going to return to the discussion about the project of the act on spelling non-Lithuanian last names. Two alternative projects are waiting to be processed: one is the Social Democrats’ version, and the other is the Conservatives’ version. However, it is conceivable that there will be a third one. A group of citizens is going to submit their own project. Before it happens, however, they have to collect 50 thousand signatures from supporters of that citizens’ initiative.

The participants of the citizen group named “Talka: Už Lietuvos valstybinę kalbą” (“Self-Assistance: For Lithuania’s Official Language”) include the former MP Gintaras Songaila, writer and publicist Vytautas Rubavičius, historian Eugenijus Jovaiša, actor Gediminas Storpirštis, political scientist Vytautas Sinica. ”We think that the discussions on name spelling in a non-official language are taking far too long. We propose solving this issue according to the country’s interest and to the international law requirements. W propose following the Latvian example where, on the citizen’s demand, his or her name in an official document can be spelled in a non-official language, but it is not replacing the name spelled in the official language, it is just written on another page of the document” – this i show E. Jovaiša explained the stance of his movement.

The initiative group is going to present their own project of the act on spelling names in the Seimas. According to the Constitution of Lithuania, to register such a citizen’s project, its authors have to collect 50 thousand signatures of the Lithuanian citizens supporting the initiative in two months.

The heart of that latest proposal is that the first and last name in documents are being spelled only in the official language based on what they sound like, while spelling in a non-Lithuanian language may be placed on the further pages of a passport or on the reverse side of an ID card. A similar project created by the Conservatives is already submitted to the Seimas and it even has already been discussed. The Conservative Valentinas Stundys proposes spelling non-Lithuanian names in original on the further pages of the passport. An alternative project, according to the Social Democrats, supposes that the spelling of non-Lithuanian names in Latin alphabet in the original version should be legalised.

Members of the initiative group ”Self-Assistance: For Lithuania’s Official Language” want to make sure that the act states that the Lithuanian alphabet includes 32 letter. ”Young people often do not care about that: why would three letters (w, x, y) make a difference. But no one realizes that the three letters are not enough. You cannot spell a name if you want to use the Polish letter ”ż”. This means that we would have to introduce symbols and letters which are not typical for the Lithuanian language” – Eugenijus Jovaiša thinks that there is no need for broadening the Lithuanian alphabet.

The initiators of another project of the act on spelling names cannot start collecting signature of their supporters thus far: The Central Election Commission will make a decision on whether or not they will release theh cards to collect the signatures on 2nd September.