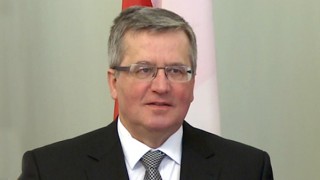 Vytautas Magnus University (VMU) in Kaunas granted the title of Doctor Honoris Causa to President Bronisław Komorowski. The President was awarded the honorary degree for „enhancing democracy, improving good international relations between Poland and Lithuania, and  fostering the values of national cultures”.

The presentation ceremony will take place on 30th June in Kaunas. President Bronisław Komorowski as well as Lithuanian politicians will participate in this event.  Among many others, the Prime Minister of Lithuania Algirdas Butkeviczius and the Minister of Foreign Affairs Linas Linkeviczius confirmed that they will attend the ceremony.

Graužinienė: The act on the surnames spelling is “incidental”