Act of defiance or of desperation? 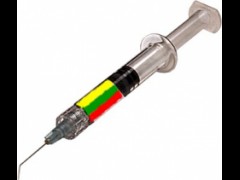 Is the protest at the President’s office an act of civil disobedience, or perhaps an act of despair and desperation? For the Lithuanian authorities and media it is clear – Poles are making a scene ‘without obvious reason’ proving once again that they are a ‘subversive element’.Polish people  do not have any moral right to protest or express their opinions.

As the great Einstein used to say, everything in the world is relative. It is simple when it comes to physics or mathematics. But if  it comes to human beings, their emotions, sense of justice and human relations? It is also  simple, it is enough to be fair and just to everybody, and not just to ‘those of us’.

Is the protest at the President’s office an act of civil disobedience, or perhaps an act of despair and desperation? For the Lithuanian authorities and media it is clear – Poles are making a scene ‘without obvious reason’ proving once again that they are a ‘subversive element.’ The authorities claim  that Poles should not have any moral right to protest and express their opinions.

Lithuanian authorities knew that the rally would take place. However, no one even intended to calm down the atmosphere, suggest a dialogue, demonstrate goodwill , understanding, or  fondness. There were only digressions about calling those responsible  to account for disobedience. In the countries of Western democracies, conflicts are settled, and the rights of all the citizens, not only those ‘whose first language is the state language,’ are respected. Still, only what has always been encountered from the Lithuanian authorities and media is the hostile indifference. The only impression one gets is that basically no one wants to solve the existing problem because it is a problem of only 7% of the Lithuanian population  This part of society is, in addition,  rejected, accused, unwanted and disliked. Thus, it is good that the ‘subversive element’ suffers – it  deserves pain . Oh well, they will blubber a little, stamp their feet and wave their flags and banners – and that’s it – there is no other danger to the authorities, except, you know, shame and abject image of Lithuanian’s Europeanism, backwardness and homophobia, that the reports published by foreign journalists around the world are dripping with.

Let us get back to the theory of relativity. As far as the Lithuanian minority in Poland is concerned – it is  fiercely supported by the authorities in their pursuit of the same goals as the Polish minority in Lithuania is struggling for. Authorities call for and promote the cause to use the bilingual street signs, where the Lithuanians want them and to protect them from being destoyed. They support Lithuanians who want to read, write, learn and taking exams in Lithuanian (including the obligatory matura examination of the Lithuanian language). They make effort to maintain Lithuanian schools, provide textbooks and assure that Lithuanians are eligible to write their personal details in Lithuanian characters in official documents. Meanwhile, in Lithuania, the authorities ignore, fight against or even punish for identical demands of the Polish minority. Why? Simply, it’s the theory of relativity, or rather, to be more precise: double-dealing, falseness, cynicism and hypocrisy.

Mrs. President, the Prime Minister and the head of the Parliament    claim that the current law is not discriminatory against the Polish minority, and that the minority’s situation has been improving  for20 years. Are these cynical clichés, repeated like a broken record, worth anything? Any analyst who has sense of self-respect, asked about the situation of a national minority would certainly respond: ‘Only the minority can fairly assess their situation, so please, ask them.’ To put it differently, it is like asking the leaders of Russia, Cuba, North Korea, China or Belarus whether the opposition in these countries is  not discriminated  and if it has any  guaranteed rights, or whether the citizens feel that they are free.

Lithuanian authorities cynically lie, claiming that standardization of the examination will make the Poles’ way to college easier. It will be precisely the other way round. Authorities are making this way a bumpy ride for Poles, meanwhile making it easier for the weaker Lithuanian students to take the Poles’ places at universities. Let me mention that every year the rate of Polish students admitted to universities is higher than in the case of Lithuanians. Therefore, where did the idea that Poles need any help come from? The answer to this question has just been given.

After the rally, Polish Prime Minister hurried to Lithuania. And why did it happen so out of the sudden? Was there no position of such a ‘high calibre’ when the Lithuanian government was preparing and introducing the Law? Poles protested long before the enactment of the Law, did Tusk come to their aid then? Why,  suddenly, does Prime Minister Tusk care about Poles in Lithuania? Ah yes, there will be parliamentary elections in Poland soon, and he will have to deflect the ‘balls’ thrown at him by opposition party  “Prawo i Sprawiedliwość”. Prime Minister Tusk told Poles exactly what they wanted to hear. God bless him for, at least, that. These might be the first words, uttered by the Prime Minister Tusk in defense of Poles, in years. So far, we could only hear: ‘We will not brutally push our Lithuanian brothers. We have to respect Lithuanians’ sensitivity… ,’ etc. Thus, I  warn you against the misleading sense of enthusiasm for the sudden Poland’s support for Poles, these are only public relations, that are colloquially called ‘PR’. As a matter of fact, the Lithuanian Prime Minister immediately announced, that the new Law on Education will not be changed.

But thanks to the visit, another committee will be established . Only, what for? What can it solve? After all, in Kubilius’ opinion, the adopted Law on Education improves the situation of the Polish minority. Prime Minister Kubilius agreed to a bilateral commission aimed at solving ‘the burning problem.’ If he, himself, his government, the parliament and the President are unable to solve it, how is the commission going to do that? One can expect how: the commission can work effectively and sensibly only when both sides make an effort, and I am sure that the Lithuanian side will be indefinitely making effort to torpedo, prolong and prevent the committee from working. Even if Poles force some solutions through, Lithuania can avoid implementing them for another 20 years – they are well-experienced in that, it’s a piece of cake.

The fact that such commission was not established  together with the Polish community in Lithuania when the Law was being prepared, is yet another disgrace to Kubilius. It was the Prime Minister of another country that ‘made it possible’ for the representatives of the Polish minority in Lithuania to be members of this commission. (And Tusk really deserves thanks for that). Prime Minister of another country forces Kubilius to act democratically. It is a disgrace and shame – Lithuanian Prime Minister listens to a foreign prime minister rather than to his own citizens. And later he is surprised that Poles are taken with the Polish rather than the Lithuanian Prime Minister. And this is where the pseudo-disloyalty of Poles originates from, it was invented and promoted by the authorities and media of Lithuania.

It is sad, that the Prime Minister, the government, the Parliament and the President of Lithuania could not resist the sadistic temptation of revenge on Poles and implemented the policy of violation, force, arrogance and disinformation, just like 20 years ago, in the atrocious totalitarian style. So far, the resocialization has not worked, their methods and reasoning are soviet regime-like.

Lithuanian laws (concerning  education, transcription of personal details and topographical names and language use) are implemented in a way that provides for successful assimilation of the minority. Because, oftentimes, an image gives a better idea of something than a text, I imagine this process as a scene from a detective film:

Aim – to catch the Polish minority, immobilize it with the safety belts, prepare a syringe with an anti-Polish substance composed of the Lithuanian language, mentality, culture and world-view. Inject instantly , wait, loosen the belts and release. Observe patient’s reaction to the ‘medicine ’. Maybe everyone will be equally Lithuanian, at last. God, have mercy on the torturers. Maybe Tusk met with Poles in a church, because nothing else is  left, but to pray.

20th Anniversary of the Resumption of Polish-Lithuanian Diplomatic Relations